‘Scanners’ Series In Development At HBO With David Cronenberg Producing 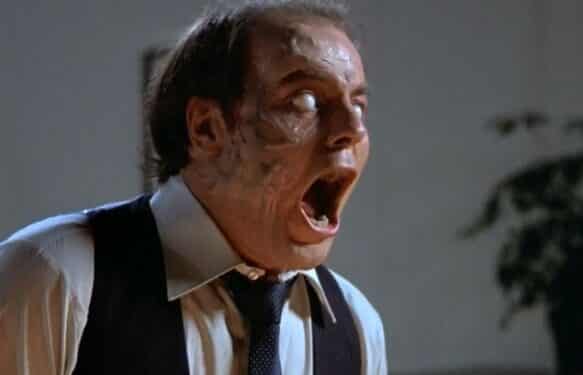 David Cronenberg is behind some of the horror genre’s greatest body horror works – and that includes the 1981 sci-fi/horror film Scanners. Now, after having spawned two sequels and two spin-offs decades ago, the Scanners brand is coming back bigger than ever. It’s been announced that Scanners is being adapted as a television series on HBO – and original filmmaker David Cronenberg is attached as executive producer!

The news, as shared via THR, reveals that William Bridges will act as writer and showrunner for the highly-anticipated sequels. Meanwhile, Yann Demange will direct the series. They’ll both be executive producing alongside David Cronenberg as well as Michael Ellenberg and Lindsey Springer of Media Res Studio and Meredith Duff and Sarah Sullivan of Wayward Films. René and Fanny-Laure Malo, Pierre David, Clark Peterson and Aaron Gilbert are also attached as executive producers. The series will be a co-production between HBO, Media Res Studio, and Wayward Films.

The project has been called “a visceral thriller” that’s “set in the mind-bending world of Cronenberg’s film.” Furthermore, “it will focus on two women living on the fringes of modern society who are pursued by relentless agents with unimaginable powers and thus must learn to work together to topple a vast conspiracy determined to bring them to heel.” This certainly sounds like a great addition to David Cronenberg’s film. As fans of Scanners know, this synopsis sounds very fitting for the world that Cronenberg introduced in 1981.

Interestingly, David Cronenberg has never before been involved with a follow-up project based on his work. This includes the previous Scanners sequels, spin-offs, and other such continuations like The Fly II which followed his 1986 film The Fly. With that in mind, it’s especially exciting to see that he’s attached to this Scanners series as an executive producer. Furthermore, the series has been in development since 2017 – so everyone involved is clearly taking their time.

Hopefully, however, we’ll have more details soon. Stay tuned to ScreenGeek for any additional updates as we have them.