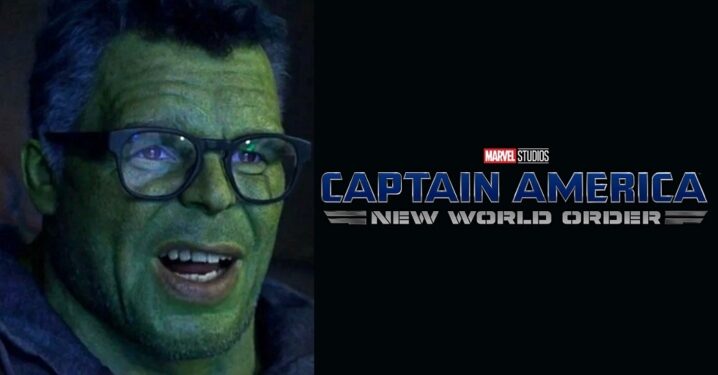 There are plenty of reasons to be excited for the upcoming MCU film Captain America: New World Order. The fourth film in the Captain America series will see Anthony Mackie’s Sam Wilson take on the titular mantle. And, furthermore, Tim Blake Nelson will be making his first Marvel appearance since The Incredible Hulk. While fans are excited to see him reprise his role and become the Marvel villain known as The Leader – it looks like he might not be the only Hulk character making a return. Mark Ruffalo could make a potential appearance in Captain America: New World Order as well.

Our sources have told us that Mark Ruffalo, known for playing Bruce Banner aka Hulk in the MCU following The Incredible Hulk, is in talks to appear in the new Captain America film. As mentioned, with The Leader appearing in the film, this could be a brilliant way to bring the two characters back together. Of course, Mark Ruffalo’s involvement with the project isn’t official yet – especially as he’s only entered negotiations.

The Marvel Cinematic Universe has often used special appearances from Mark Ruffalo to tell his story across the franchise. Due to several rights issues, it’s become increasingly difficult to give the character any additional solo films. But with appearances in the Avengers films in addition to such films as Thor: Ragnarok, fans have still managed to see plenty of Hulk over the years. With that in mind, it makes perfect sense that Mark Ruffalo would come back as Hulk for Captain America 4..

Captain America: New World Order will also include Anthony Mackie as Sam Wilson, Shira Haas as Sabra, Danny Ramirez as Joaquin Torres, and Carl Lumbly as Isaiah Bradley. Meanwhile, The Incredible Hulk actor Tim Blake Nelson will reprise his role as The Leader for the film.

Fans will be able to see Captain America: New World Order when it hits theaters on May 3, 2024.