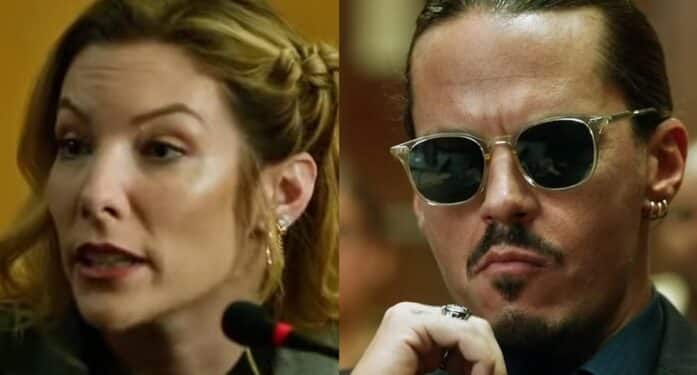 One of the most notable celebrity trials in recent history has been the trial between Johnny Depp and Amber Heard. The defamation trial was heavily publicized and, as a result, many viewers took it to the next level. It became the subject of daily conversation in addition to memes, viral videos, and livestreams. Now it’s gone a step further – as it was announced the trial would be adapted as a feature film. As you can see below, the official trailer for Hot Take: The Depp/Heard Trial has been released.

The trailer for Hot Take reveals footage that not only recreates the famous trial, but there are reenactments of events featuring both Depp and Heard outside the trial as well. It looks like this film will attempt to cover a multitude of perspectives regarding the highly-publicized event.

Considering the film will be available on Tubi for free, it’s hard not to be curious enough to give it a watch.

Here’s the trailer for Hot Take: The Depp/Heard Trial:

The film will be released in just a few days – so the trailer shouldn’t have anyone waiting for long. While many of the cast and crew members involved with the production aren’t particularly well-known, it looks like they did their best to adapt the real-life events to film. And, considering the short amount of time they had to do so, it’s quite impressive.

Hot Take: The Depp/Heard Trial was directed by Sara Lohman from a screenplay written by Guy Nicolucci. The film was executive produced by Brittany Clemons, Angie Day, Marianne C. Wunch, Hannah Pillemer and Fernando Szew. Autumn Federici and Kristifor Cvijetic are the film’s producers under their The Ninth House banner.

Viewers will be able to stream the film via Tubi on September 30, 2022 for free.