First Look At Modok Design In ‘Ant-Man And The Wasp: Quantumania’ Has Leaked 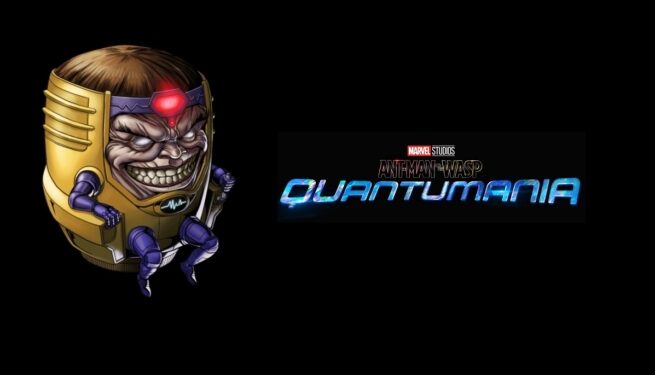 Fans have been waiting a long time to see iconic comic book villain MODOK enter the MCU. While the character recently had his own short-lived series on Hulu, there’s nothing like seeing a fan-favorite character in live-action. Now, thanks to a piece of newly-leaked merchandise, we’ve gotten our first look at MODOK as he’ll appear in the upcoming sequel Ant-Man and the Wasp: Quantumania.

Of course, as you can see below, the villain does look noticeably different from his previous incarnations. While the idea is the same – with his head being much larger than his body – it appears we have a much more robotic-looking version of the character.

It’s an interesting look for sure and one that emphasizes the use of a yellow color scheme.

Interestingly, there have been both rumors and reports that MODOK in this film will be revealed as none other than old Ant-Man villain Yellowjacket. If that’s the case, then the yellow scheme and robotic design actually makes sense. Of course, fans might still be disappointed that he doesn’t completely resemble his comic book counterpart. Especially at a time when Marvel Studios seems to be making more and more of their characters comic book accurate.

In any case, we’ll have to wait and see what happens with further updates. Now that items from the film’s marketing campaign are beginning to leak online, however, it looks like we’ll have additional news sooner rather than later.

Ant-Man and the Wasp: Quantumania is being directed by Peyton Reed from a screenplay written by Jeff Loveness. The confirmed cast for the film includes Paul Rudd, Evangeline Lilly, Michael Douglas, Michelle Pfeiffer, Kathryn Newton, and Jonathan Majors.

Fans will be able to see the highly-anticipated MCU sequel Ant-Man and the Wasp: Quantumania on February 17, 2023. Stay tuned to ScreenGeek for additional updates on the project as we have them.