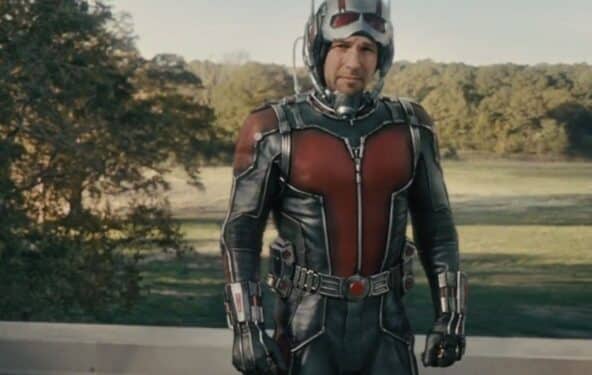 With Ant-Man 3, aka Ant-Man and the Wasp: Quantumania currently in production, there have been all sorts of reports about the upcoming film. After all, it is expected to expand the Marvel Cinematic Universe is some pretty huge directions. As such, it makes sense that the film will have plenty of important characters and narratives surrounding its plot. However, one of the more recent developments is that Corey Stoll – who played Yellow Jacket in the first Ant-Man film – could be showing up for Ant-Man 3. Interestingly, it looks like Corey Stoll won’t be playing that character, instead taking on a different role within the MCU.

As revealed via Geeks WorldWide, it’s being reported that Corey Stoll is actually attached to play the character MODOK in Ant-Man 3. This is definitely a surprising report, as this is a new direction no one was really expecting. Especially when it comes to the character MODOK. But Marvel has had actors play dual roles in the past, so it wouldn’t be too much of a stretch. It’s also possible that this new take on MODOK could be connected to Yellow Jacket, but that remains to be seen.

Here’s what they noted:

“…We have now learned that in fact Cory Stoll will be playing M.O.D.O.K. in the Ant-Man threequel.

When we actually think about it, this makes perfect sense for not only Stoll’s character but the franchise as a whole. Last time we saw Yellow Jacket he had been shrunk down and sent to what we would now assume is the Quantum Zone. Meaning he is not only alive but would have access to an entire universe of possibilities. It also is a nice way to have the franchise go full circle with bringing Stoll back in another iconic role.”

There isn’t really information beyond this, so hopefully we’ll have more details soon.