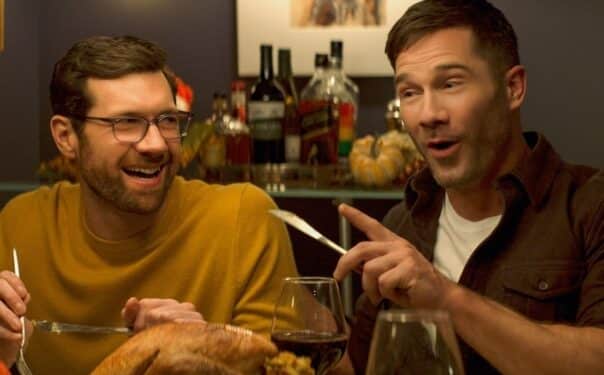 As the United States continues to produce more diverse films, so too does the Middle East ban them. We’ve seen it happen with such films as Eternals and Lightyear, and now with the upcoming gay rom-com Bros, it looks like it’s about to be banned too.

The upcoming film will be Universal Pictures’ first R-rated gay rom-com. And, while the film will be released theatrically in the United States, Bros will not be receiving that treatment in the Middle East as it’s been banned according to IndieWire. Their source claims that Middle East markets will not release the film “due to cultural and commercial reasons.”

This means that the film is not expected to be released in Saudi Arabia, the United Arab Emirates, Egypt, or Kuwait. While this might not be surprising, especially considering how many films they’ve banned previously in recent years, it could still have an impact on the film industry. While many viewers in the United States hope to see more diverse projects released – it’s possible that the films might become less diverse in order to appeal to the Middle East markets. After all, they do make a decent portion of the box office for these titles. Otherwise, it’s possible that they’ll begin censoring projects similar to Lightyear which have less LGBT material than a film like Bros which is entirely a gay rom-com.

In any case, Bros will still be released in the United States. And, considering the film is Universal’s first R-rated gay rom-com, this will be a giant step forward for the entertainment industry in diversifying its content.

Bros was directed by Nicholas Stoller from a screenplay he co-wrote with Billy Eichner.

The film will be available to see in theaters in the United States on September 30, 2022. It will be released in most international markets throughout the following two months in October and November.