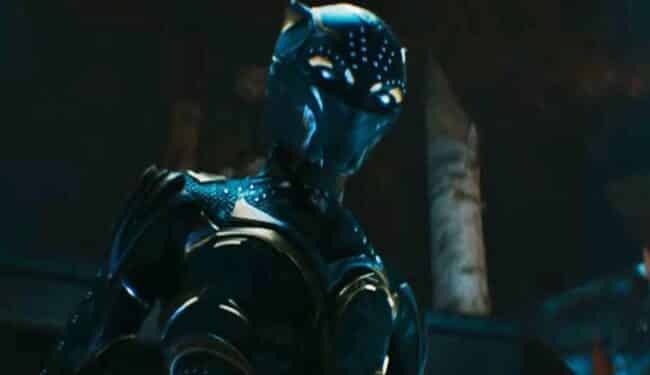 Black Panther: Wakanda Forever hits theaters next month – and Marvel Studios has now released a new trailer for the upcoming Marvel Cinematic Universe movie. It is definitely an emotional one – as is expected following the tragic passing of Chadwick Boseman back in 2020.

It’s been said that the movie will expand the world of Wakanda – and fittingly, the trailer  finds Wakanda grappling with the loss of T’Challa – while also having to deal with a new problem in Namor. It certainly looks to be a worthy follow up to the 2018 hit movie and one that fans surely cannot wait to see.

In addition to the trailer, we’ve also been given a brand new poster which features Shuri front and center:

When speaking about the film, director Ryan Coogler said:

“I had to find a way that I felt like I could keep going and a way that our Black Panther family could keep going. I started to come up with a film that had elements of the film that we had just finished writing, but also applied the themes that the people who were hurting just as much as me could actually perform and execute and come out on the other side whole.”

In the film, Queen Ramonda (Angela Bassett), Shuri (Letitia Wright), M’Baku (Winston Duke), Okoye (Danai Gurira) and the Dora Milaje (including Florence Kasumba) fight to protect their nation from intervening world powers in the wake of King T’Challa’s death. As the Wakandans strive to embrace their next chapter, the heroes must band together with the help of War Dog Nakia (Lupita Nyong’o) and Everett Ross (Martin Freeman) and forge a new path for the kingdom of Wakanda. Introducing Tenoch Huerta as Namor, king of Talokan, the film also stars Dominique Thorne, Michaela Coel, Mabel Cadena and Alex Livinalli.

MCU fans will be able to see the highly-anticipated Black Panther: Wakanda Forever later this year on November 11, 2022.