‘Hellraiser’ Review: The Film Has Such Sights Worth Seeing 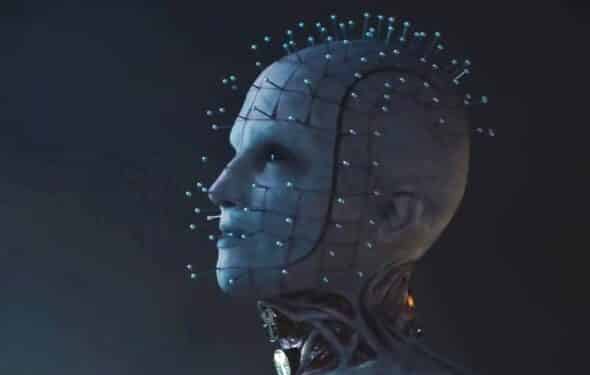 The Hellraiser franchise is one of those licenses built off the back of a ten-minute performance. But just like Jaws or Silence of the Lambs, the memorable screen presence of Pinhead that warranted multiple sequels unfortunately lost steam over the years. So here we are in 2022, and director David Bruckner, with the aid of David S. Goyer, has decided to take a crack at reimagining Pinhead and the themes that made 1987’s Hellraiser so extraordinary. Interestingly enough, 2022’s Hellraiser hit its mark – but had to try a few times before hitting the bullseye.

2022’s Hellraiser, directed by Bruckner and written by Ben Collins and Luke Piotrowski, is a somewhat new take on the world of 1987’s Clive Barker classic. The film stars Odessa A’zion (Riley), our “final girl” lead, to solve the puzzle box’s mystery and the disappearance of her brother, Trevor, played by Drew Starkey. However, the clock is ticking this time around as The Priest, played by Jamie Clayton, and their Cenobites slowly come into reality to take what’s rightfully theirs.

From the top rope, the horror and gore for the Hellraiser work but not all the time. Today’s modern horror relies more on CGI and less on practical effects, where the movie makes a few missteps. I remember feeling dirty watching the 1987 version of Hellraiser, like I came across a snuff film or would go to jail for having it in my possession. Unfortunately, the 2022 film didn’t give me that experience. Some of the gore came off as too clean, or the terror was not frightening enough to give me goosebumps. 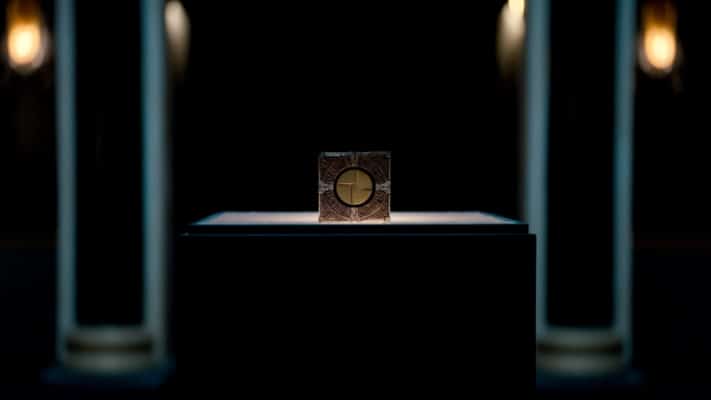 However, many set and creature designs were inventive and a sight to see. Clayton’s The Priest was a nice twist on what some may call a new variation of Pinhead; the carnage and calculated butchery design of the other Cenobites were worth watching. I felt the curiosity to explore these creatures as I did back with the original Hellraiser films. So what does that say about me? Maybe I need help and shouldn’t touch any mysterious-looking puzzle boxes.

The writer works – sometimes. The journey of Riley harkens back to Barker’s underlying message of addiction and how that can destroy the people around the character. It’s a modern look at this underlying message that fits within the context of the movie. Still, the writing from Collins and Piotrowski would sometimes beat me over the head about it. There was less subtext and overt context that could’ve used some retooling or another pass at the script. Fortunately, the film found its groove in the middle of the second act, making watching the viewing much smoother.

Much of the acting is carried by A’zion and Clayton. A’zion uses her lead actress position to make the character more proactive and less reactive when needed. However, she doesn’t come off as an induvial trying to steal every scene and cause us to lose focus on the overall film. Instead, there are times when A’zion makes the film a collaborative effort. Still, unfortunately, most of the other actors cannot keep up. 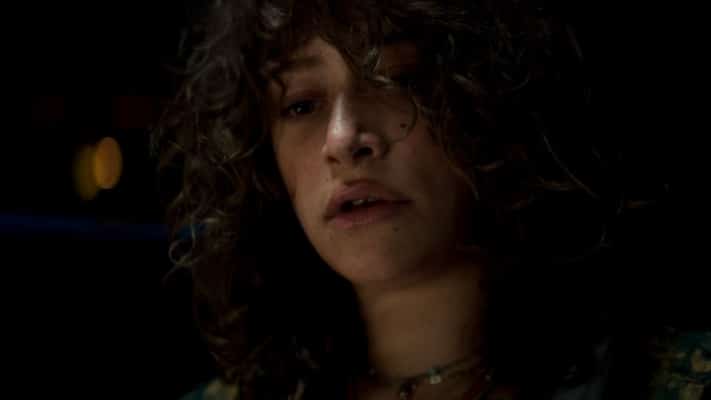 Now, Clayton’s performance. Look, no one is going to compare to Doug Bradley’s Pinhead. That man has made the role his own and did an unforgettable execution. Clayton takes note of this and makes The Priest her own. I could not get enough of her onscreen presence. There was enough mystery, calm, and stillness to the performance that fits in line with the Hellraiser world that warrants audiences’ attention. I remember being so intrigued hearing news that a woman would take on this iconic role, and I’m thrilled that Clayton knocked it out of the park.

Some of the direction from Bruckner takes a negative ding during the film. For example, several exposition dumps could’ve been done more creatively but just came off annoyingly. Also, the plot direction happens too much in a convenient way. It’s understandable that that things need to move forward, but there were too many times when the plot’s mystery began to unravel. This is either by lazy writing – or the inability to find a better way to convey the director’s message.

Despite the level of “cleanness” Hellraiser has, it’s a worthy retelling of this world. The fact that the box is more interesting this time and has a better exploration of man’s need for certain desires is a much better artistic choice than a beacon for the Cenobites. This version is a significant step forward in the franchise if Clive Barker decides to bring his masterful creation back to life for today’s generation. 2022’s Hellraiser is worth watching and enough to want more.