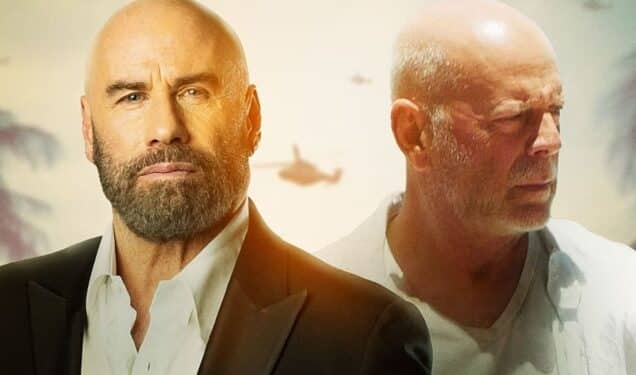 Many film fans will remember the iconic moment in Pulp Fiction when Bruce Willis and John Travolta came across one another. Now, a few decades (and two prior Look Who’s Talking films later), the two stars will soon be reunited. As revealed in the below trailer for Paradise City, both Bruce Willis and John Travolta will be fighting one another in an all-new action-packed venture.

It’s worth noting that Bruce Willis has sadly retired from acting following the production of this film. As such, Paradise City will be one of the last films to be released with the beloved actor. While it already looks like an incredibly fun movie – it’s even better knowing that Bruce Willis had the chance to work alongside John Travolta one last time before his retirement. It’s definitely going to be a bittersweet watch.

Here’s the trailer for Paradise City:

Paradise City is a film that appears to have it all – bounty hunters, detectives, and great dialogue. It seems like a fitting throwback to not only the careers of Bruce Willis and John Travolta – but the types of action films that used to attract massive audiences in the 1990’s such as the aforementioned Pulp Fiction. And, best of all, the film is already scheduled to be released next month in November. This means fans won’t have long at all before getting to see Bruce Willis and John Travolta back on the screen together.

The upcoming action film was directed by Chuck Russell from a screenplay he wrote alongside Corey Large and Edward John Drake.

Fans will be able to see Paradise City in limited theaters and on VOD on November 11, 2022. Stay tuned to ScreenGeek for any additional updates as we have them.