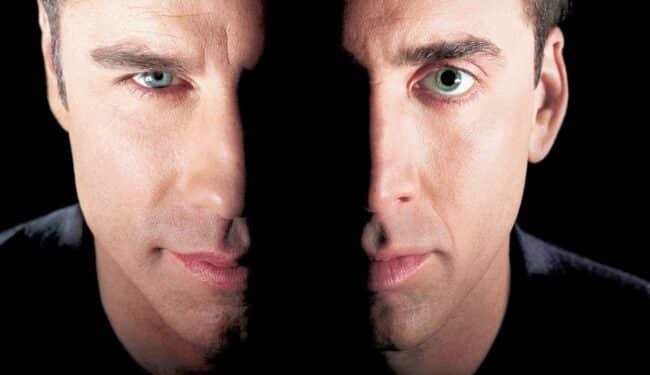 Adam Wingard is currently working on a variety of exciting projects. One of these projects is what he recently called an “absolute sequel” to the 1997 film Face/Off. As fans of pop culture know, the original Face/Off has become a classic for featuring both Nicolas Cage and John Travolta in some of their best roles ever. Now Adam Wingard insists he wants to get Nicolas Cage back for another Face/Off film.

Of course, this seems like a must at this point in time. Nicolas Cage has grown into a massive star yet again in recent years. He’s often considered one of the hardest working actors in Hollywood as a result. So, having him in a sequel to Face/Off would be the perfect addition to his modern day comeback.

As Adam Wingard revealed in an interview with Empire:

“He’s just having such a moment. Even before Pig came out, we saw this as a Nicolas Cage movie,” the filmmaker confirmed. “That’s become totally the obvious way to go now. A couple of years ago, the studio maybe would have wanted a hot, young, up-and-coming actor or something. Now, Nicolas Cage is one of the hottest actors in Hollywood again.”

In regards to the film’s script, they’re still hard at work with making it perfect. Wingard explained:

“We’re really honing in on it,” he says in reference to the script. “We’re not going to share it until everybody’s like, ‘This is the one.'”

Adam Wingard further discussed the challenge of writing the perfect script for a Face/Off sequel:

“I think we really got it,” Wingard professed. “It has been probably the most challenging script we’ve ever worked on, for a lot of reasons. There’s so much pressure in wanting to make sure that it lives up to the legacy of that project. But every draft you have these things that just click in, and you’re like, ‘A-ha! That’s really what Face/Off is!'”

With so many new projects on the way from Adam Wingard, this is certainly one of the most surprising. As such, it’ll be interesting to see what further updates will be revealed down the line. Fans can stay tuned to ScreenGeek for updates as we have them.