In Defense Of ‘Halloween Ends’ 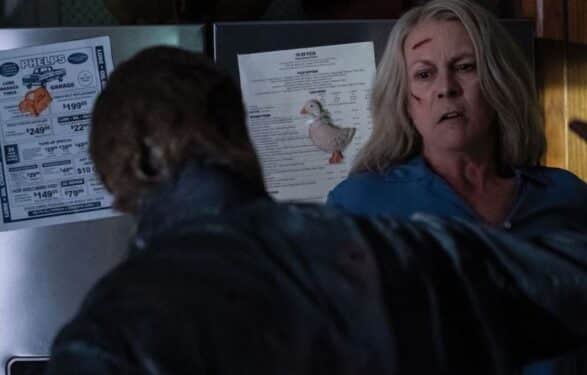 In order to understand the full scope of Halloween Ends, in defense of the film, one doesn’t need to look any further than this quote from the original Halloween:

“Yeah, you know every town has something like this happen… I remember over in Russellville, old Charlie Bowles, about fifteen years ago… One night, he finished dinner, and he excused himself from the table. He went out to the garage, and got himself a hacksaw. Then he went back into the house, kissed his wife and his two children goodbye, and then he proceeded to…”

This line of dialogue is shared between Haddonfield’s “Graveyard Keeper” and Dr. Sam Loomis on their way to Judith Myers’ grave. It’s an eerie story cut short by the impatience of Dr. Loomis. Naturally, fans have examined it closely for decades now. And, without a definitive answer beyond short stories and fanfictions, Halloween Ends is the closest we’ve gotten to see the story unfold. In fact, it’s worth noting that the story of Charlie Bowles would have taken place in 1963: the same year 6-year-old Michael Myers killed his sister.

Of course, there are no explicit links to tie the two characters together physically. (Though that would be a great backstory.) But the thematic connection is obvious. Both Charlie Bowles and Michael Myers are two separate characters that, one night, respectively snapped. Halloween Ends finally shows this happening with Corey Cunningham. While many fans have expressed disappointment with the abrupt introduction of this character, it’s actually a great way to explore the mysticism of the franchise. After all, Michael Myers works best with ambiguity, and the new trilogy knows this. We don’t understand how Michael survives the things he does. And, although frustrating to some, we never learn why he liked to stare out his sister’s window. It’s all left to the viewer’s interpretation.

But, through Corey Cunningham, we receive a character study without ruining Michael’s mystique. It’s an interesting way to balance both worlds and close out this new storyline. While some fans no doubt wanted another bloodbath for the finale – we already had that with Halloween Kills. So, as far as an entire trilogy is concerned, this is a great emotional conclusion. The film takes its time to explore the trauma of Haddonfield and how they’ve attempted to heal following Michael’s attacks.

It’s definitely unusual for a slasher film to take a more emotional approach to its narrative. But it’s certainly in line with John Carpenter’s repertoire. For instance, his 1983 film Christine is best known for placing focus on its human characters above the titular killer car. This seems to have influenced the course of Halloween Ends as well. In fact, Corey Cunningham appears to be named after Arnie Cunningham of Christine. Both characters start out as awkward young men with glasses and silly charm. Unfortunately, they’re each bullied or attacked daily, and they ultimately only find catharsis in pure evil. For Arnie it was Christine, and for Corey it was Michael Myers.

With that in mind, it stands to reason that Halloween Ends is more than just a tribute to John Carpenter’s Halloween. It’s a tribute to Carpenter’s entire filmography. Fans can find references and shades of everything he’s done up to this point. For starters, Halloween Ends opens with the blue colored font shared by Halloween III: Season of the Witch that Carpenter produced. Or, perhaps more noticeably, there’s footage from his 1982 remake The Thing in the opening minutes of the film. While this is a callback to a similar reference to The Thing From Another World in the original Halloween – it’s clear that John Carpenter is being paid tribute as well.

Fans that pay even closer attention to the Halloween franchise will notice other interesting details. For example, the repressed nature of the town and Michael’s ghostly presence are both reminiscent of Dennis Etchison’s original Halloween IV script. The screenplay’s rejection by producer Moustapha Akkad led to John Carpenter leaving the franchise. It wasn’t until the 2018 film that he finally returned. As such, it’s nice to see some of the cerebral elements from that script find their way into David Gordon Green’s trilogy. But it’s Halloween Ends where most of those elements come front and center.

Granted, this means Michael Myers has less of a body count. But that’s okay. When you exclude dogs – he only kills five people in the original film. One of these persons is off-screen. And, furthermore, another one was his sister Judith when Michael was a child. So we only see adult Michael Myers visibly kill three people – the same number he visibly kills in Halloween Ends. It’s actually another fitting parallel then between the two films. Michael Myers doesn’t need to slaughter dozens of people to be a great villain. And, furthermore, we received plenty of great kills from Corey anyways. Does it really matter who wears the mask? After all, evil is evil.

It’s understandable if more fans dislike Halloween Ends than stand in defense of it. The film does take great creative departures from its predecessors. But for the thirteenth film in the franchise, it’s a nice change of pace. And, either way, it’s a film clearly in tune with the franchise that spawned it. One can only hope that more fans will come around in defense of Halloween Ends someday. And, considering most of John Carpenter’s filmography is praised today for that very reason, perhaps we can see Halloween Ends become a cult classic in the decades to come.

And, as Laurie Strode herself states, “Evil doesn’t die. It changes shape.”