Marvel Accused Of Stealing Design For ‘Werewolf By Night’ Poster 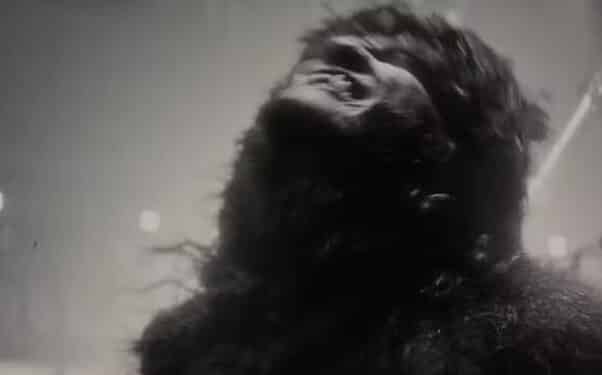 Disney Plus has just presented fans with their first Marvel Cinematic Universe special – the monster-themed Werewolf by Night. The special was a big hit with most fans, especially for its introduction of the titular character in addition to Man-Thing. Unfortunately, it appears that Marvel and Disney Plus are being accused of ripping off a design created by graphic artist Midiankai for their Werewolf by Night poster.

Midiankai pointed out that he created a wolf-centered piece of artwork for the Dutch hardcore punk band Born From Pain six years ago. He included an image of his art next to the art from Werewolf by Night. And, as you can see below, there is a striking resemblance. Although Marvel hasn’t yet commented on the situation, it’s hard not to take Midiankai’s side.

Here’s the image comparison of the Werewolf by Night poster with the art from Midiankai:

I might be crazy but did marvel just rip me off? I did this art for born from pain around 6 years ago pic.twitter.com/2BudSZcXRW

as a vector artist i can tell that these rounded ends mean the art was auto traced and then edited pic.twitter.com/F4CFgiMbT1

Didn’t expect this to blow up and thought I’d be ridiculed for this, but I’m so overwhelmed with the support I’ve received from this community! From my side, i already took some legal steps towards this case. Once again, thank you for your tremendous support ❤️

It seems many users on social media agree about the similarities between the Werewolf by Night artwork and Born From Pain poster:

The teeth are a dead giveaway – look at the shapes of the bottom row and where you can clearly see the bottom canines we’re meant to be underneath the top set of canines pic.twitter.com/wBAlaRxaYk

The linework around the nose and teeth are the same, they are just slightly resized pic.twitter.com/WvoGdplZ53

It’s unclear if Disney Plus or Marvel Studios will comment on the matter. As for now, however, it’s easy to see the resemblance between the two pieces. So we’ll just have to wait and see how this situation develops and whether or not the artwork created by Midiankai will be compensated or acknowledged by Disney or Marvel. But as long as fans continue to point out the similarities on social media – it will possibly become much more difficult for these companies to ignore.

The Werewolf by Night special was directed by Michael Giacchino. The screenplay was written by Taboo Nawasha and Benjamin Jackendoff.

Fans can currently stream Werewolf by Night on Disney Plus in addition to a wide number of other Marvel Cinematic Universe shows and films. Stay tuned to ScreenGeek for additional Marvel updates as we have them. It seems more than likely that many of the characters introduced in the Disney Plus special will be making appearances in other MCU film or television projects going forward.