Welcome back for part two of our two-part coverage of P.J. Palmer‘s North Star. Many of us can relate to the story of two lovers going through trials and tribulations in these days’ trying times. Palmer encapsulated that for the short film that gave it that well-deserved emotional gut punch. This part focuses on the director’s work with actors Colman Domingo and Malcolm Gets.

We also go over his writing process in perfecting the script for North Star and the relationship between the couple as authentic as possible.

Obviously, you got Colman Domingo in this lead role. This well-known actor is the guy who’s been all over the place. Was he always attended for the lead role? And how did you get him to take this role?

P.J. Palmer: Yeah, I always wanted Colman to play that role. I didn’t write it for him. I wrote the North Star script, and then I went looking for a cast. That’s kinda how I do it. I don’t generally know who I think I want in the movie while writing because I need the freedom to make things be what they need to be. But once I was ready to start looking at piecing together even a mood board.

I like to make mood boards. I just do them online, collect images, and put them together on a board. That sort of helped me understand what the movie started to look like. When I started pulling pictures of who the cast might be, I started thinking of the cast. Coleman was it. He hit it.

He hits so many different things in the movie in the character that I just couldn’t find in another actor. So we reached out to him. My casting director knew his manager, so I said, “This is awesome. They’re friends.” That was cool. So I just wrote the best letter I knew how to write without begging. I tried to like, “Hey, you gotta do this,” and, “Hey, you don’t know me, but you want to come to spend seven days off the grid and work for free for me. Come on. That’ll be great.”

Yeah, every actor wants to hear that.

P.J. Palmer: Yeah, exactly. It’s a really big ask, and I obviously sent the North Star script, and I knew the script was in a good place. That’s a big reason I was able to get the cast I got. I took a lot of time with that script. I worked in development by sending it out to festivals and sending it out to coverage places. And I always paid for the coverage for festivals. A lot of [film] festivals for scripts offer coverage, but they don’t require it.

So I would always buy it and get the notes back, and I disagreed with them half the time. But you start seeing patterns of how people respond to your writing. Then the other thing is, in most of those screenplay contests, if you buy their coverage, they let you resubmit if you take their notes and wanna resubmit. And I ended up winning. I kept winning festivals. And so I knew I had a good script.

So, that was the other sort of thing I knew about sending it to Colman. But when we first sent it to him, he was busy. It wasn’t like I was saying, “Hey, here’s this movie. Can you come to shoot it in a week?” I was like, “Hey, would you be available in like four months?” But a guy like him. His schedule’s really busy. So we couldn’t get him. And we got another lovely actor. Corey Reynolds came on board, and thank God. And he was wonderful. He was so excited about the role and helped us raise money, which was really important. We did the staged reading. He played James for a bunch of folks who became our sort of angel investors.

He also knew Kevin Bacon. He got the script to Kevin, and Kevin said, “Hell yeah, I’ll do it.” He loved it. He loved the script; he loved the character. In the end, Corey was not available for the film for scheduling issues. This was about a week before we were shooting. The casting director said, “Just reach back out to Colman.

I was like, “Really? They already said no three years ago. They said no.” But it turned out Colman was on hiatus from his TV show, Fear of The Walking Dead. I think he had like two episodes off. It was just perfect timing. When he called me, I think he called me from the makeup trailer at Fear of the Walking Dead. It was like his last day before his hiatus. He’s like, “I’m gonna come be with you.”

So he did. He came, and it just worked out. So yeah, the guy I originally–I mean, I wanted Corey when I had Corey too. That’s not to say I didn’t want Corey. But the guy I originally had in mind in my boards ended up being the guy in the film. That felt like some crazy movie magic that you just can’t control. 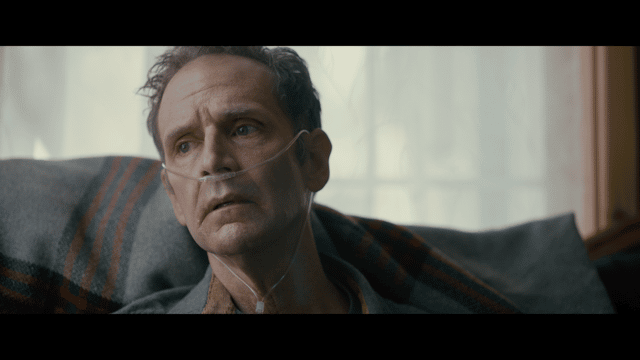 So my next question is on the illness or what happened with the Craig character. We’re not fully given an explanation if it’s a stroke or if it’s AIDS-related. It could be a myriad of different things. Was that always intentional just to leave that information ambiguous in North Star?

P.J. Palmer: Yeah. Absolutely. At first, I was trying to express the illness without saying what it was. So that way, it’s another writing exercise. Can I say, “Oh, this person’s had a stroke without actually saying the word ‘stroke’?” Will the audience even get it? And then, as I was doing all this coverage, people kept coming back with different ideas for that character’s illness.

And I was, “Oh wait, that’s actually cool.” Cause some people think it’s cancer, and they’re adamant. They’re just like, “Oh yeah, it’s cancer.” And other people are like, “Oh, it’s AIDS.” One person said, “Oh, it’s clear he fell off his horse.”

Yeah, the horse at the end of the short.

P.J. Palmer: So I realized keeping it ambiguous is really good. So then, I purposely made it ambiguous. I stopped communicating exactly what it is visually and instead, “Hey, here’s something, and it’s probably something you recognize, and whatever it is, you’re right,” I want you as an audience to connect to it.

For you to recognize something in it and go, “Oh, right, yeah, no, I know what this is. I know what this feels like. I’ve been here.” If I say it’s cancer or AIDS or whatever it is, if I call it Parkinson’s or ALS,” then you’re like, “Okay, that’s a Parkinson’s movie.”, But we don’t say it. So it becomes your movie. It becomes whatever you think it is.

Yeah. I think that helps build a stronger connection to the characters because people like to — when it comes to an ambiguous story — people like to put the idea in their mind. And that way, it makes this connection between the character and the individual. It allows what they see on screen and has more of an emotional feel. For example, I’ve had family members who’ve had strokes and who’ve been incapacitated by some disease or a car accident. So seeing that with Craig, I had thought, “Crap, that’s my aunt. That’s my cousin. That’s a friend of mine.”

P.J. Palmer: Exactly. Yeah. Mark, I’ll tell you right now that this wasn’t some sort of genius move on my part. I stumbled across it from doing development coverage and having various anonymous people. Coverage people, you don’t know who they are, and they generally don’t know who you are either. They take the cover page off, so the reader has no idea who you are. So it makes it very honest. I discovered people being very adamant about what they thought it was. Instead, I pushed into it. I didn’t initially go into it trying to do that. I wasn’t that smart. 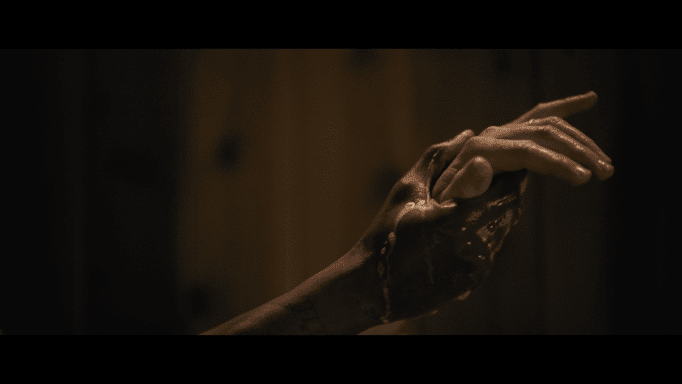 Colman Domingo and Malcolm Gets and their performance in North Star. How much was prep, or was it improvised to make that relationship more authentic?

P.J. Palmer: Well, those two guys are such great talents, to be honest. I was a little nervous about, “Hey, how do I direct these guys?” Like, “What do I do? They need me to direct them.” So I would put them into the scene and let the actors take it first and see what they do with it. If I need to adjust something, I’ll adjust it. They’re professionals, not me. I’m not a professional actor. They are. I could tell them in blocking what I want. Even then, sometimes it’s just sort of broad. Like, “I need you to land over here.

I need to put him on this couch. I think you must have picked him up over here, and let’s see how it plays out.” So, I let them discover it. We would rehearse and let them discover. We couldn’t rehearse a lot. We didn’t have a whole lot of time. Then their relationship was really their take on what was in the script. They both gave me a lot of different types of things in each take I would do. So that gave me, in the edit, a lot of room to form the movie the way we needed to form it.

P.J. Palmer: They both have husbands. I think they have been married for at least a decade and a half each. So they have real marriages, and those are marriages that started before it was illegal. But they’ve been in these long-term relationships, so they didn’t have to fake it. They both knew what that’s like and how to lean into it. So I think that’s what we see with the two of them.

And it worked out beautifully.

North Star is currently on an Oscar-campaign run for Best Short Film, and you should check it out if you find a listing.