‘Halloween Ends’ Had Its Ending Changed After Test Screenings 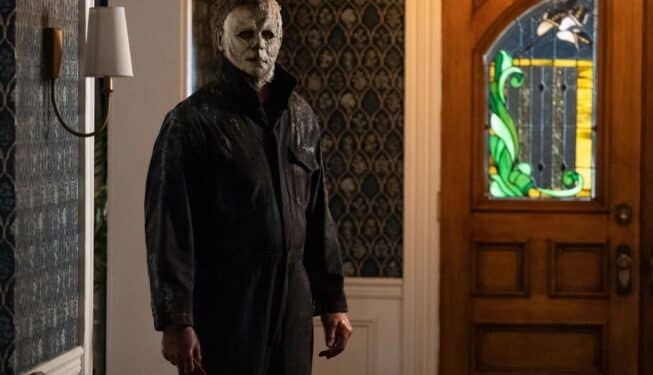 The Halloween film franchise’s current iteration has come to a conclusion with Halloween Ends. Of course, we’ll likely see Michael Myers and other such characters return in some future incarnation. With that in mind, it’s interesting to see how Halloween Ends attempted to close out the story of Michael Myers and Laurie Strode, and how David Gordon Green approached the process. As it turns out, he actually changed the ending of Halloween Ends following some test screenings.

As revealed while speaking with Entertainment Weekly, it took multiple attempts to get the ending of Halloween Ends just right. And, of course, the test screenings helped figure out which conclusion for Halloween Ends that fans liked the best.

Here’s what he had to say on that front:

“We went through a lot of endings. Some were really bleak, and some were less bleak. The version we ended up with, I think, is optimistic, hopeful. After Kills came out with a bleak ending, I didn’t want to do that again. I wanted to have some note of satisfaction.”

It actually took multiple screenings before they decided on the procession scene used at the end of the film. This was apparently only added to Halloween Ends a few months ago in an effort to make the conclusion feel a little “more grand.”

“I screen movies a lot, from the very first assembly. I want to watch the audience as much as I’m watching the movie. I’m ping-ponging back and forth, trying to see when they’re engaged and when they’re not. We were trying to do a little bit more of a modest, intimate ending. Kills was big and expansive and super noisy and aggressive, almost like an action movie at points, and I wanted this to return to the simple dramatic roots. But then there were times when I thought it just didn’t play big enough and I wanted some scope to it. We wanted something more grand, and [that became] the procession sequence. So the actual ending of the movie we came up with this summer, like two months ago, after we screened it a few times.”

If fans are wondering if Laurie Strode died in any of these other endings, however, it turns out that was never the plan. David Gordon Green insisted that he always wanted “to believe” in Laurie Strode and her future after coming too far with the character.

While some fans have been disappointed with Halloween Ends, it goes to show how much effort David Gordon Green and everyone involved still put into the production. Hopefully with time it will be appreciated for what it had to offer the long-running horror film franchise.

Fans can currently see Halloween Ends in theaters or streaming on Peacock. Stay tuned to ScreenGeek for additional updates as we have them.