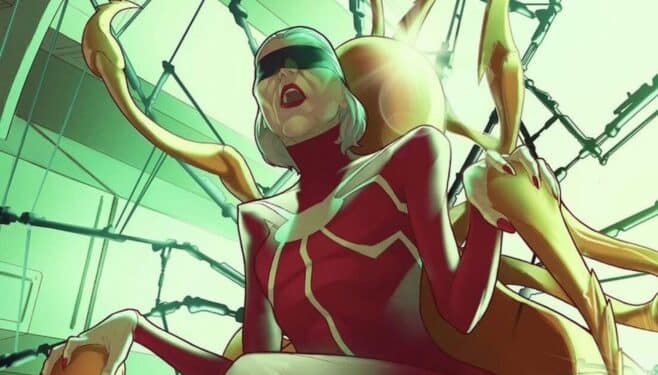 Fans have already seen several images from the production of Madame Web, even though we’re still waiting for more official plot details to be revealed. Now a new photo from Madame Web has unveiled that the film has a very interesting connection with the Daily Bugle.

As any Spider-Man fan knows, the Daily Bugle is often portrayed as Peter Parker’s workplace in the Spider-Man universe. This means that the involvement of the Daily Bugle in Madame Web could mean that Peter Parker might play a role in the upcoming film. With how far-removed such films as Venom and Morbius have been so far from traditional Spider-Man lore, this could be an interesting step for Sony’s series of Marvel movies. Furthermore, upon closer inspection, fans will see an interesting headline on one of the Daily Bugle newspapers. The headline reads: “Girls Feared Abducted.”

Doesn’t look much till you look at what’s on the daily bugle paper pic.twitter.com/esM6Pg5bXb

Furthermore, fans will notice that the girls pictured in the newspaper are none other than Isabela Merced (Anya Corazon), Julie Carpenter, and Celeste O’Connor’s Mattie Franklin. Of course, any other details about their characters are unknown at this time. As such, we’ll just have to wait and see how this interesting element plays into the overall story. Until then, fans should probably expect the film to have way more connections to traditional Spider-Man lore than Sony’s other films have had so far.

Fans will be able to see Madame Web when it hits theaters on February 16, 2024. Stay tuned to ScreenGeek for additional updates on the highly-anticipated film as we have them.