Chris Wozniak Sues WB For Copyright Infringement Over ‘The Batman’ 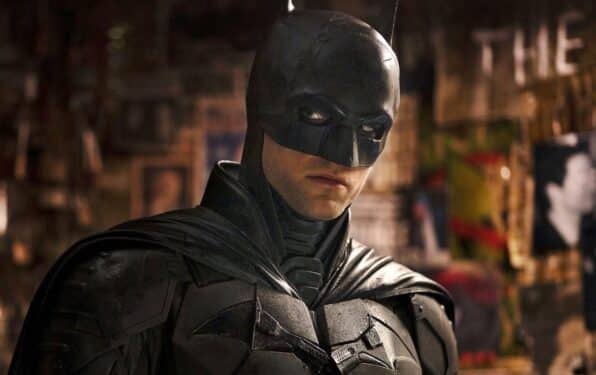 Former DC employee, Chris Wozniak, previously alleged that a story outline he penned in 1990 was stolen for the recently-released film The Batman. Now Chris Wozniak has officially sued Warner Bros for what he claims was an act of plagiarism.

Specifically, Chris Wozniak pitched a story he called The Ultimate Riddle and later The Blind Man’s Hat to DC multiple times. The story elements for these stories and how they compare with The Batman were explained in a series of YouTube videos that Wozniak calls “BatmanGate.” He showed that there’s an incredible number of similarities between his story ideas and The Batman, and as such, it seems like a clear case of copyright infrigement.

This was specifically stated by Wozniak’s attorney, R. Terry Parker, in a statement made to The New York Post. Here’s what he had to say on that matter:

“There are so many original expressions from my client’s story found in the defendant’s movie that we believe this is [a] clear case of copyright infringement. The similarities are just too uncanny to be accidental,” Parker stated.

Additionally, The Batman producer Michael Uslan even received a pitch from Wozniak regarding his story. After having sent it to DC several times, he though it could make a decent setup for a film. Chris Wozniak shared proof of his email to Uslan in his BatmanGate videos. As such, Wozniak is now seeking damages and hopes to have a jury trial against Warner Bros. This was emphasized in his Patreon and Indiegogo pages designed to raise funds for legal defense fees in addition to further spreading the BatmanGate story. On his Indiegogo page, Wozniak wrote the following statement:

“There’s no disputing my plot pre-dates their screenplay, that the people who made this film were in possession of my plot, and that the Riddler’s storyline in the film was directly derived from my plot,” he began.

“Now, before Executive Producer Michael Uslan and Warner Bros. Pictures used my plot in the film, they were supposed to negotiate a contract first to make sure I was fairly compensated,” he added.

He also emphasized that he was not compensated or credited in any form. As such, he wants fans to help him “stop Hollywood from steamrolling yet another Comic Creator,” as stated:

“I was NOT credited anywhere. I was NOT paid anything. And In case you’re wondering, that’s NOT supposed to happen. So here I am, asking BATMAN FANS AROUND THE WORLD to stop Hollywood from steamrolling yet another Comic Creator,” Wozniak continued.

“I got ABSOLUTELY NOTHING. That is not JUSTICE,” he declared. “It would be nice if some of the more famous faces would shine a little light on this situation because it would go a long way towards making this right.”

As such, we’ll have to see how this situation continues to develop. Stay tuned to ScreenGeek for additional updates on BatmanGate and the lawsuit between Chris Wozniak and Warner Bros over The Batman as we have them.