‘The Mean One’ Trailer Reveals A Murderous Grinch 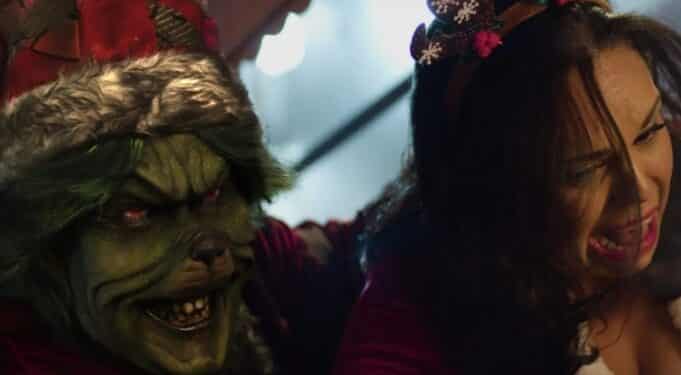 With iconic literary characters like Winnie the Pooh getting the horror treatment, it might be surprising to see The Grinch is as well. The upcoming film, titled The Mean One, is a satirical horror piece that features Terrifier star David Howard Thornton as the titular villain. Now a teaser trailer for The Mean One has been unveiled as you can see below.

The film follows “Young Cindy You-Know-Who,” a character whose parents were murdered by The Mean One, as she seeks revenge against the green-skinned monster. It’s certainly an interesting twist on the iconic story and one that should have horror fans excited for a new gore-filled film to watch this Christmas season.

With the film already arriving next month, it’ll be interesting to see how it’s received by audiences. After all, as mentioned above, there are quite a few of these satirical films coming out including Winnie the Pooh: Blood and Honey. This could become a major trend going forward.

Here’s the brand-new teaser trailer for The Mean One:

It certainly does seem as though The Mean One will be a particularly brutal and humorous horror movie going by this teaser trailer. Of course, we’ll have to see in December just how the actual film pans out. With that in mind, however, this should certainly still be an exciting addition to any horror fan’s December viewings.

The upcoming film was directed by Steven LaMorte from a screenplay by Flip and Finn Kobler.

The Mean One will be available to view this year on December 9, 2022. Stay tuned to ScreenGeek for any additional updates on the highly-anticipated film as we have them.