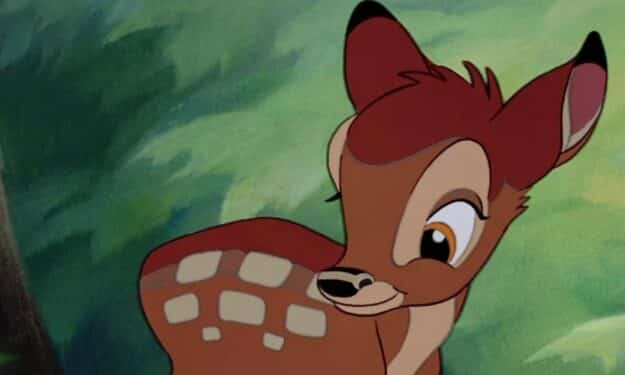 Although copyright law can be incredibly complicated, with several franchises being kept in limbo as a result, the public domain is now allowing the complete opposite. For example, a number of new horror films are being produced based on stories that have newly entered the public domain. This includes the iconic Winnie the Pooh story which has notably been reinvented as the upcoming horror film Winnie the Pooh: Blood and Honey. Now the director of that particular film, Rhys Frake-Waterfield, will be the executive producer of Bambi: The Reckoning.

If you haven’t already guessed, Bambi: The Reckoning will be reimagining the titular character as “a vicious killing machine.” This was shared by director Scott Jeffrey who recently spoke with Dread Central about the upcoming film. As he puts it, Bambi: The Reckoning is “an incredibly dark retelling of the 1928 story we all know and love.” He further notes that they found inspiration in “the design used in Netflix’s The Ritual” to create this new version of Bambi.

“The film will be an incredibly dark retelling of the 1928 story we all know and love. Finding inspiration from the design used in Netflix’s The Ritual, Bambi will be a vicious killing machine that lurks in the wilderness. Prepare for Bambi on rabies!”

It seems like we’ll be getting quite a few of these horror films using iconic public domain characters. After Winnie the Pooh: Blood and Honey stuns audiences, we’ll have not only Bambi: The Reckoning to look forward to – but the upcoming film Peter Pan: Neverland Nightmare as well. If these films continue to find success after they’re released, we could just be seeing the beginning of a major trend going forward.

As such, stay tuned to ScreenGeek for additional updates as we have them. Hopefully we won’t have much longer to wait for other details to surface. One thing regarding these upcoming horror films is for certain, though. A Bambi horror movie with inspiration from The Ritual is definitely going to be worth keeping an eye out for.