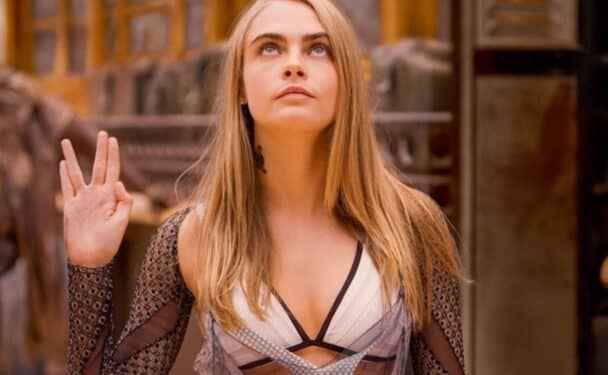 The upcoming television docuseries Planet Sex with Cara Delevingne will be putting an interesting new focus on the titular supermodel and actor. Specifically because, just for the docuseries, Cara Delevingne participated in donating an orgasm for science. And it will be screened on television as a result.

As revealed via Indy100, Delevingne visited a hospital in Germany where the study took place. Researchers took a sample of her blood prior to climaxing, and again after she did. As such, they are able to determine what happens to body chemistry when a person has an orgasm. Ultimately, this research goes towards an investigation for what’s being called the “gender climax gap.” This will attempt to explain why men happen to have orgasms easier than women.

It was stated by Cara Delevingne herself that, after noting she’s signed up “to have an orgasm and donate it to science,” she believes “female sexual desire has definitely been repressed.” As such, she delves deeper into the aforementioned “gender climax gap.” Here’s what she had to share including her thoughts on the scientific study involved:

“I’m here to have an orgasm and donate it to science. I think female sexual desire has definitely been repressed. I know from my own love life just how sexual women can be so you’d think in the 21st Century men and women should be having equally satisfying sex lives, right?

“To be honest I think that sounds way too high, most of my straight female friends say it’s probably more like 15 or 20 per cent. Lesbians and queer women definitely seem to have it better.”

It’s certainly an interesting perspective to see broken down in such a way. With the addition of scientific evidence, and Delevingne’s own participation, there will certainly be some very curious angles to explore. As for the orgasm that Cara Delevingne donated to science, it was ultimately used to record the endocannabinoids in her system. This chemical, when releases, both increases relaxation and reduces anxiety. It’s part of what increases pleasure during sex. Furthermore, Delevingne went to other lengths for the docuseries as well. It appears that another episode had Delevingne actually attend what’s called a “masturbation seminar.” So one will have to tune in to see what they’ve discovered regarding the “gender climax gap” and Delevinge’s own sexual comfort.

Stay tuned to ScreenGeek for additional updates regarding Cara Delevingne and her career as we have them.