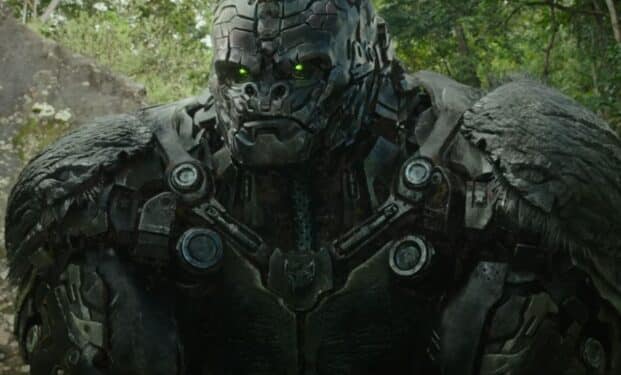 The Transformers film franchise is back with an all-new follow-up to the successful hit Bumblebee. The upcoming seventh film in the series, titled Transformers: Rise of the Beasts, is set to take place in 1990s Brooklyn. Additionally, it’s expected to be the start of a new trilogy inspired by the Beast Wars storyline.

As for the exact setup of the upcoming film Transformers: Rise of the Beasts, it’s described as a “’90s globetrotting adventure” that will “introduce the Maximals, Predacons, and Terrorcons to the existing battle on earth between Autobots and Decepticons.” With the way Bumblebee has been received by fans of the Transformers film franchise, this should certainly be an exciting time at the theater.

Here’s the official teaser trailer for Transformers: Rise of the Beasts:

Steven Caple Jr. directed the film from a screenplay written by Joby Harold, Darnell Metayer, Josh Peters, Erich Hoeber, and Jon Hoeber based on a story by Harold.

The cast for the film is led by Anthony Ramos and Dominique Fishback. Peter Cullen will reprise his role as the voice of Optimus Prime following his work on past films in the series. Meanwhile, actor Ron Perlman will voice the new character Optimus Primal. Other cast members in the film include Pete Davidson as Mirage, Sebastian Maniscalco as Wheeljack, Michelle Yeoh as Airazor, and Grey Griffin as Arcee. The film is also said to feature the characters Rhinox and Cheetor, in addition to the Terrorcons Scourse, Nightbird and Battletrap.

Fans will be able to see Transformers: Rise of the Beasts in theaters on June 9, 2023. Stay tuned to ScreenGeek for any additional updates on the highly-anticipated film and the rest of Transformers franchise as we have them. As for now, it certainly looks like this new entry will be a worthwhile addition to the beloved sci-fi action series.

Tags: ParamountTransformersTransformers: Rise of the Beasts
Leave Comment
No Result
View All Result