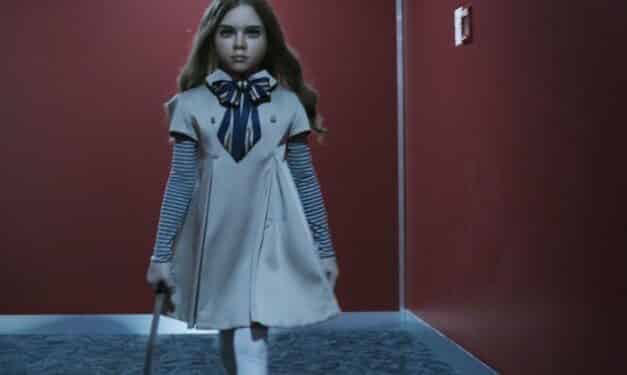 I’m going to go out on a limb and say that 2021’s Malignant is a horror masterpiece from the minds of director James Wan and writer Akela Cooper. It was a bonkers movie that is ripe with sequel potential- and it now looks like the team behind Malignant has another hit on their hands with this year’s M3GAN. The movie produced by Wan, written by Cooper, and directed by Gerard Johnstone has already garnered rave reviews from those fortunate to check out the movie.

The movie’s trailer dropped online months ago, with the titular evil doll showing off her hilarious dance moves while also chasing someone in a forest on all fours like an animal. The latest film from Blumhouse and Universal Pictures is set to be released in four weeks, but some critics have already checked out the movie.

Here’s what they had to say:

#M3GAN delivers our next great horror icon. The first film in a long time to make the best out of the “killer doll” story while still carving its own tasteful personality.

It’s the perfect balance of eeriness & dark humor. Like Malignant, the film rightfully earns all the camp. pic.twitter.com/gTppN8NXez

Well, #M3GAN RULES. We all know I love a killer doll, and this gal is up there with the best of ’em. The movie is packed with creepy moments, LOL-worthy shots and sassy one-liners that I’m still grinning gleefully over. Less bloody than ya might expect, but I had a blast 🖤 pic.twitter.com/JexwQK7Ecb

Nothing can prepare you for the wild ride that is #M3GAN. It’s an absolute laugh riot that also successfully balances horror and drama, weaving themes of loss, grief, and trauma. A thrilling and thoroughly entertaining addition to the killer doll sub-genre. pic.twitter.com/BcWZJ17L3A

#M3GAN is absolutely bonkers. BONKERS. A terrifying upgrade from the fearsome Furbies, M3GAN is a nightmare come to life. I’m sorry, Chucky, but you ain’t got nothin’ on M3gan. pic.twitter.com/qg7Co1LCfj

Here’s what M3GAN is all about for those not in the know.

M3GAN is a marvel of artificial intelligence, a life-like doll programmed to be a child’s greatest companion and a parent’s greatest ally. Designed by brilliant toy-company roboticist Gemma (Get Out’s Allison Williams), M3GAN can listen and watch and learn as she becomes a friend, teacher, playmate, and protector for the child she is bonded to. When Gemma suddenly becomes the caretaker of her orphaned 8-year-old niece, Cady (Violet McGraw, The Haunting of Hill House), Gemma’s unsure and unprepared to be a parent. Under intense pressure at work, Gemma decides to pair her M3GAN prototype with Cady to resolve both problems — a decision that will have unimaginable consequences.

M3GAN will hit theaters on January 6th, 2023. The movie will surely be a hit – and we can see people dressing up as the evil doll next Halloween season.