TikTok Finds 3 Of The Most Disturbing Horror Movies On Netflix 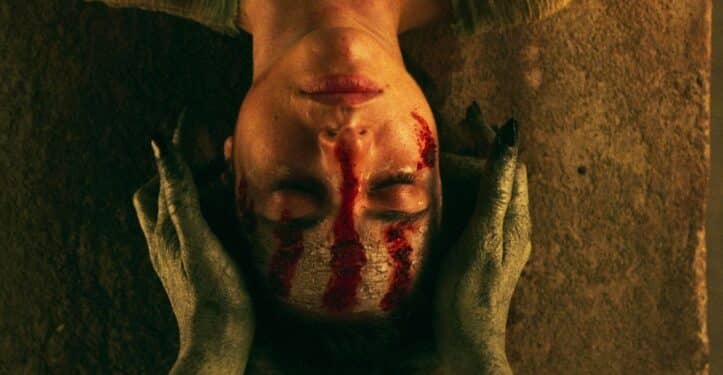 With the numerous streaming services available today, and all of which have extensive libraries, it can sometimes be difficult deciding what to watch. As such, social media platforms like TikTok have enabled users with convenient ways to discover new movies based on their interests or tastes. Now one TikTok user’s video is going viral for having included several of the most disturbing horror films available to stream on Netflix.

The list, which was assembled by TikTok user itsheidiwong, contains three films in particular. Interestingly, all three films have been released within the last few years – the most recent having been released this year and the oldest in 2016. As such, there’s no doubt at least one underappreciated gem for those looking to have a chilling Netflix viewing.

Here are the three films:

No One Gets Out Alive

The first of these films, Incantation, is the one released just this year. It’s an exciting found footage film from director Kevin Ko. It’s also an international film which means that it definitely deserves the extra exposure. The film appears to be difficult to watch according to viewers on TikTok, and it even inspired a challenge as a result.

The next film, No One Gets Out Alive, comes from director Santiago Menghini. This British horror film was released late last year and quickly gained notoriety for shocking viewers. Of course, this list will no doubt lead another audience of viewers to check the movie out.

Finally, there’s something of a modern-day classic with Hush. This film comes from Doctor Sleep director Mike Flanagan and it was one of his earlier efforts from 2016. It follows a deaf woman who becomes stalked by a masked intruder. Many Netflix subscribers might’ve already come across this film a time or two, but it’s certainly worth a revisit.

It’s worth pointing out that Netflix always has something new to watch – sometimes it just takes an extra source like TikTok to point horror fans in the right direction. Hopefully these films satisfy some urges for a few scares. And, as always, fingers crossed that Netflix adds many more horror titles to watch in the near future.

Tags: HorrorHushIncantationNetflixNo One Gets Out Alivetiktok
Leave Comment
No Result
View All Result