‘Avatar: The Way Of Water’ Review: Kind Of Worth The Wait

James Cameron is back with Avatar: The Way of Water and although the movie is beautiful - it doesn't make up for it carbon copy story plots. 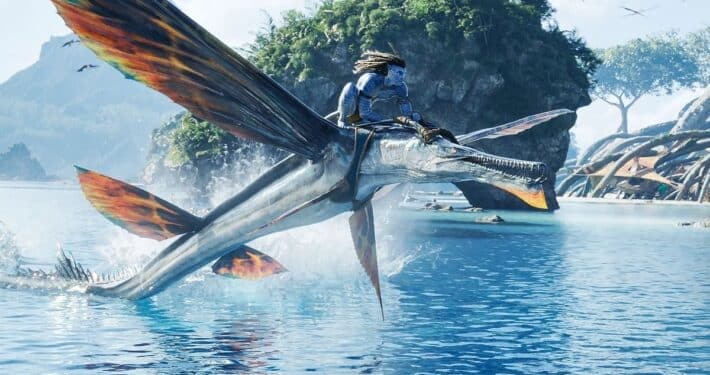 It’s been thirteen years since we were introduced to the world of Pandora through James Cameron‘s Avatar. The 2009 movie pushed the limitations of filmmaking and 3D and revitalized the long-dead gimmick. As a result, Avatar held the top spot for the world’s most-grossing film with an impressive 2.923 billion dollars for a while until Avengers: Endgame laid claim to the title. After that, however, the cultural impact of the Avatar pushed it back to the top spot, where it remains to this day. I bring up that bit of history because many wondered if Cameron could catch lighting in a bottle twice with the long-awaited sequel, Avatar: The Way of Water.

While Cameron still has a knack for bringing new and innovative filmmaking methods that dazzle the moviegoing experience, some of the sequel is still lacking. But more importantly, what’s lacking doesn’t damper the film’s potential, and it allows Avatar: The Way of Water to surpass its predecessors.

Avatar: The Way of Water is Cameron’s highly anticipated sequel to his 2009 mega box office hit. The film sees a return of Sam Worthington (Jake Sully), Zoe Saldana (Neytiri), and a few others I don’t want to mention for fear of spoiling some key plot details. Newcomers into the fold are Kate Winslet (Ronal), Cliff Curtis (Tonowari), and Jack Champion (Spider). Also added to the sequel are the members of the Sully family, including James Flatters (Neteyam), Britain Dalton (Lo’ak), and Trinity Jo-Li Bliss (Tuktirey). Sigourney Weaver returns as Kiri, but I won’t spoil how.

So, let’s go to the weakest part of Avatar: The Way of Water. 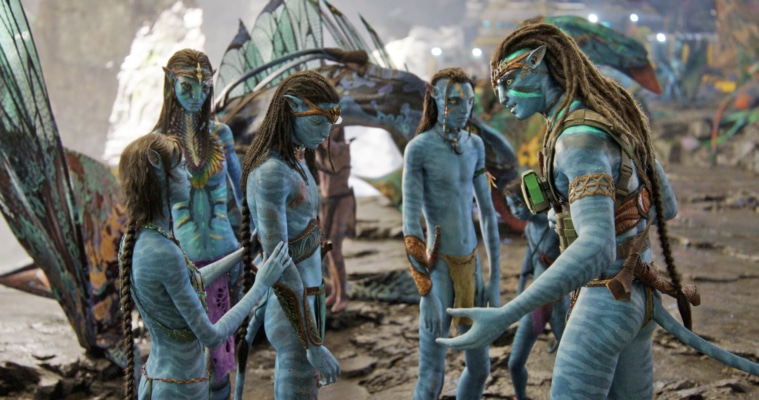 There are glaring issues with Cameron’s second entry into the Avatar franchise. First is the story. One of the biggest complaints about Avatar (2009) was its absence of an original account. Many considered it a Dances with Wolves or FernGully: The Last Rainforest ripoff. Avatar: The Way of Water doesn’t lean back into those films. However, the story is almost a carbon copy of the first movie. The plot has been adjusted a bit by putting the hunt for Jake Sully—by a familiar returning face—into Plot A while the mining of a new source for Earth is Plot C. Plot B is really where the movie takes off.

Plot B features the inner workings of the Sully family and how they adapt to a different surroundings in their life. Cameron showcases the importance of unity with the Sully family but also a new tribe that they have to interact with. Several heartfelt moments pulled the emotional strings, which reminded me why Cameron is such a goddamn good writer. Unfortunately, although there are many times when the movie seamlessly opens up Pandora’s new concepts and areas of this world, sometimes it draws out too long.

The movie is three hours and twelve minutes long, some of which could’ve been trimmed. I get that Cameron wants to showcase the latest advancement in CGI and filmmaking, but there are points when it becomes too much. I had gotten to where I felt like I was looking at a screensaver for too long, and the monitor told me that I better like it. The moments worth seeing featured several great underwater chases, beautiful and eye-gasming shots of the forest, and even extravagant use of colors in several scenes. These features helped the 3D elevate the film to higher levels of the moviegoer experience.

But, again, it’s Cameron displaying that he’s trying to better the filmmaking process, and the CGI and effects will likely hold up to snuff for the next generation. 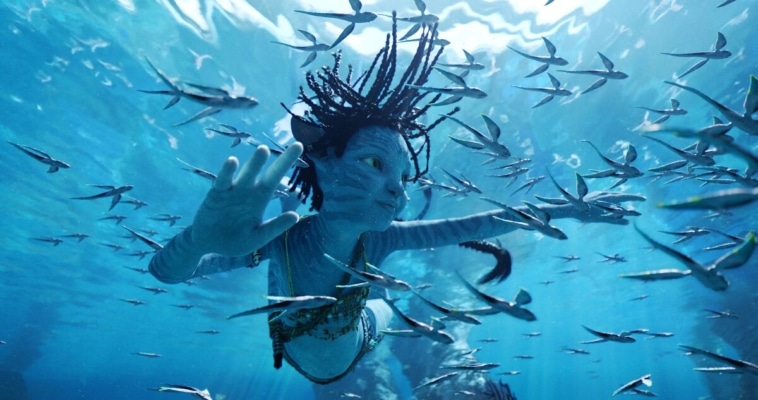 Although most of the selling point is the innovative technology used to bring Pandora alive, the acting is also worth noting. Worthington and Saldana continued to embody their characters tremendously, reminding me why Cameron chose them for their respective roles. However, I feel Flatters, Dalton, Jo-Li Bliss, and even Weaver are the heart of Avatar: The Way of Water. A good chunk of the movie follows their journey through the new setting and tribe they must interact with. Cameron has shifted the focus onto these characters and will most likely make them more prominent in the later sequels.

That’s something needed to keep this franchise engaging.

One thing that can’t be denied is Cameron has not lost a step in directing. The man can still direct great action sequences worthy of watching this movie in theaters. So many action films have gone the route of making the entire 3rd act an action sequence. While lesser directors have made these tedious—I’m looking at you, Michael Bay—Cameron does it amazingly well in Avatar: The Way of Water. The 3rd act action was a culmination of everything Cameron was building to throughout the movie and stuck the landing with great precision. 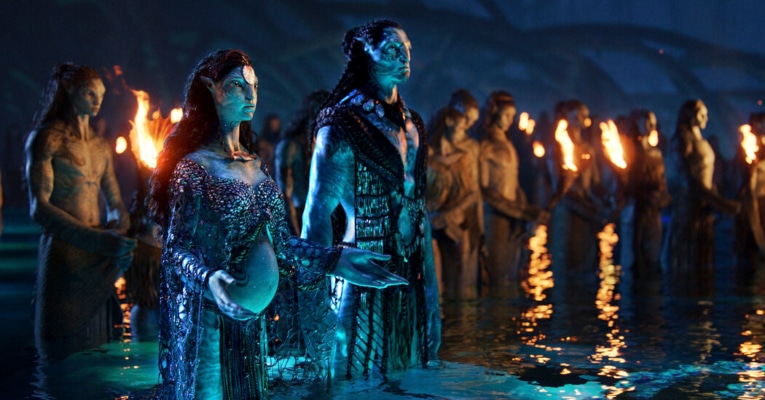 Was Avatar: The Way of Water worth the wait? Yes and no. James Cameron welcomed me back to Pandora by further expanding the world, its creatures, beauty, and revolution in filmmaking. Yet, the story is a rehash of the first one, with parts moved around to a point where he must’ve thought no one would notice. But, I will say that I am looking forward to seeing what the man can do next with the sequels, and hopefully, they can further the story and possibility of what can be done in the art of moviemaking.