Joker Gives Birth After Getting Pregnant In New DC Comic

It appears that the iconic Batman villain The Joker has officially given birth after getting pregnant in a new DC comic. 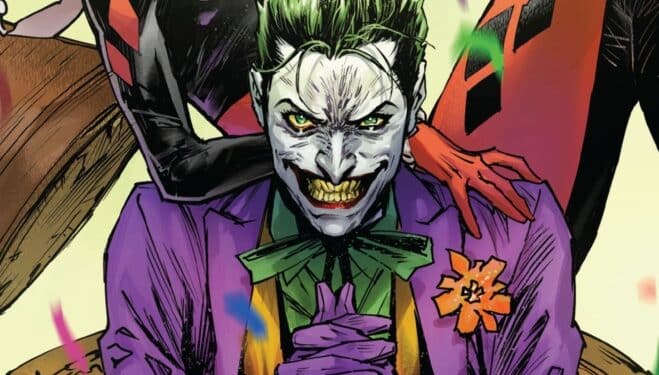 The Joker has become one of the most iconic villains of all-time. As such, there are numerous different takes and twisted versions of the notorious comic book character. For one of his latest comic book appearances, however, Joker actually ends up pregnant.

You’ve read that correctly – and this isn’t just a fever dream. Joker actually gets pregnant, carries the child, and gives birth. It’s certainly an unexpected direction – but it all happens in the latest issue of The Joker: The Man Who Stopped Laughing.

Interestingly, the pregnancy happens in a supernatural kind of way. It all starts after Joker decides to try and convince Zatanna, DC’s beloved female magician, to have his baby. Expectedly, she refuses, and begins to say one of her magic spells.

Specifically, she uses a spell to make sure “no one else will ever have [the Joker’s] baby,” but it doesn’t quite happen as planned. Rather, this forces Joker into becoming pregnant himself and having his own baby.

JUST IN: DC Comics has made The Joker pregnant in it’s latest issue because of course they did. pic.twitter.com/V85OrKKuCG

Joker got pregnant and birth a son in a new DC comic lmao pic.twitter.com/G62BfXVslG

It’s the following birth scene, however, that ends up playing out in an even more bizarre way. At that point, Joker begins to vomit a brown goo, and it quickly grows into a youthful version of himself. The two stare at each other and a shared thought bubble grows between them:

Of course, the bizarre nature of the story is completely intended. The Joker: The Man Who Stopped Laughing is a comic book series completely dedicated to the supervillain with as many strange shenanigans as the writers can fit in. While some fans might not appreciate the work, it’s certainly one way to pay homage to the weirder parts of classic DC storytelling.

This latest volume of the comic book series was created by Matthew Rosenberg and Carmine Di Giandomenico. The new issue is currently available from major comic book stores and online retailers. Stay tuned to ScreenGeek for additional updates in the DC Universe as we have them.