Letitia Wright Teases ‘Black Panther 3’ Is In The Works

Star Letitia Wright has teased that development has started on Black Panther 3, though there appears to be a catch. 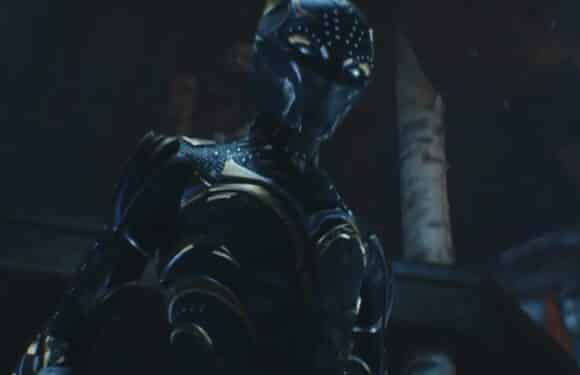 The current success of Black Panther: Wakanda Forever has many fans hoping Black Panther 3 is in the works. Now Letitia Wright has hinted that the project is already in development. Interestingly, however, she notes that there’s a catch.

She explained as much while speaking with Variety during Tuesday’s Golden Globes event. Of course, while the film has yet to be officially announced by Marvel or Disney, this is still an exciting piece of news. Especially for those who’ve thought the story might be finished.

Here’s what Letitia Wright had to say regarding Black Panther 3:

“I think it’s already in the works,” Wright told Variety. “You know, we just had a terrific two years of just bringing it out and everybody coming together to support it. We need a little bit of a break, we need to regroup, and Ryan [Coogler] needs to get back into the lab so it’s going to take a while, but really excited for you guys to see that.”

Letitia Wright on plans for a #BlackPanther3: “I think it’s already in the works…It’s gonna take a while, but really excited for you guys to see that.” #GoldenGlobes https://t.co/mPI0zz0SqB pic.twitter.com/hILe9CZP4B

Additionally, Wright is so eager for Black Panther 3 to happen that she stated the following:

“I always try to do positive words and positive thinking and I believe that good words manifest, so I’m manifesting a Black Panther 3. Why not?”

Hopefully we’ll have more details on that front soon. Everything likely depends on the success of Black Panther: Wakanda Forever. So far, however, the film seems to be yet another successful venture for the Marvel Cinematic Universe. So stay tuned to ScreenGeek for additional updates as we have them. It’s certainly going to be a good time for fans of the franchise either way – especially with other projects like Ironheart on the way.

In the meantime, fans can still see Black Panther: Wakanda Forever in theaters. The new film is also scheduled to be released via Disney Plus on February 1, 2023.