‘Batman: The Doom That Came To Gotham’ Trailer Released

A trailer has been released for the upcoming animated film Batman: The Doom That Came to Gotham based on the fan-favorite comic book series. 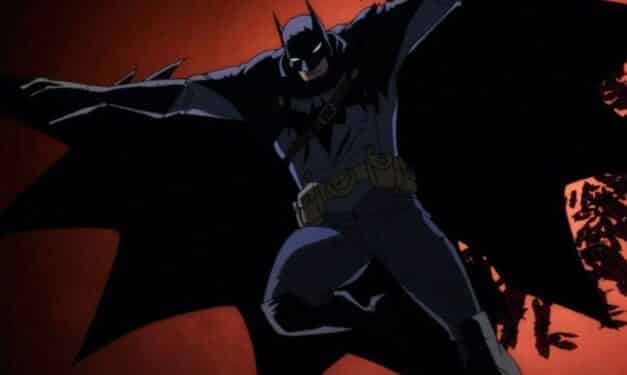 The Batman media franchise is entering horror territory with the upcoming Lovecraft-inspired film Batman: The Doom that Came to Gotham. The upcoming film is based on the fan-favorite comic book stories from Hellboy creator Mike Mignola.

Specifically, the animated film begins after explorer Bruce Wayne accidentally unleashes an ancient evil. It’s then that he expedites his return to Gotham City after a two-decade hiatus. The story is set during the 1920s era and with influences from Lovecraft, it’s sure to be an exciting time for horror fans.

As you can see below, the footage promises all sorts of new takes on Batman’s iconic villains and allies. With Ra’s al Ghul, Mr. Freeze, Killer Croc, and Two Face joining the mix, along with Green Arrow and James Gordon, one can only imagine the adventure ahead.

Here’s the trailer for Batman: The Doom That Came to Gotham:

Batman: The Doom That Came to Gotham was co-directed by Christopher Berkeley and Sam Liu. The screenplay was written by Jase Ricci based on the work of co-authors Mike Mignola and Richard Pace.

Fans will recall that the original comic book series was released as far back as 2000. It lasted for three issues spanning from November 2000 to January 2001. The series was published via DC’s “Elsewhere” imprint and featured illustrations by Troy Nixey and Dennis Janke.

The film will be available to own on Digital, 4K, and Blu-ray on March 28, 2023. Stay tuned to ScreenGeek for any additional Batman updates as we have them. Other upcoming DC Universe Animated Original Movies include Legion of Super-Heroes, Justice League: Warworld, and an unannounced project.

Tags: BatmanBatman: The Doom That Came to GothamDCHorror
Leave Comment
No Result
View All Result