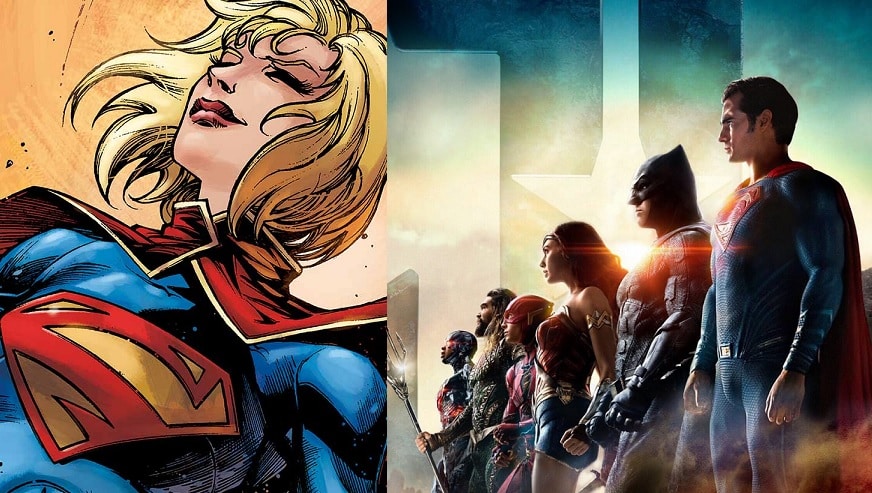 The Comic Con trailer for Justice League was informative and exciting, yet for a change didn’t spoil everything.

There was the voice-over from Steppenwolf that said:

“No protectors here. No lanterns. No kryotonian! This world will fall, like all the others”

Everyone has been talking about the Lantern mention but there is a new theory that the mention of Kryptonian could mean something more than Superman.

Along with this mention showing Steppenwolf knows of the Kryptonians, there are two shots from the trailer that could suggest the return of a Kryptonian. The final shot of the trailer shows Alfred having a whisky and fixing something. Then someone approaches and at the bottom of the screen there is someone’s shoulder draped in red.

Speculation suggests this is the return of Superman, who died at the end of Batman v Superman. But what if this isn’t actually Superman but his long lost cousin Supergirl.

An official digital comic was released before Man of Steel was released and covered covered the story of how the Kryptonian ship ended up on earth before Clark finds it. Clark discovers the occupants of the ship dead inside of their pods, but one has been opened and the body is gone. The digital comic tells the story of Kara Zor-El arriving on earth and ending up being the lone survivor of the scout ship.

Chances are she would still be alive and the comic ends with her being stuck in pre-colonized America thousands of years before Clark finds the ship. That’s a long time to get used to Earth’s yellow sun.

However, the scene that could potentially hint at Supergirl’s DCEU arrival happens when Ben Affleck’s Bruce Wayne is looking at a hologram of someone in red and blue. However, the leg of the person looks female, or at least looks as though it is wearing women’s leggings.

Now, we can speculate that this 3-D hologram could be some remnant from the scout ship that presumably will be in the hands of Wayne Enterprises.

Could we have a part of Justice League where Batman searches for the missing Kryptonian in the hope to recruiting her to the League?

Could the line when Alfred says:

“He said you would come. Now let’s hope you’re not too late”

The question is, how would Bruce know Superman would come? He wouldn’t. Superman is dead, but maybe he has some information on another Kryptonian.

Perhaps he has met this Kryptonian and she refused him. But she turns up at the end to help assist the Justice League.

Supergirl has been rumored for Man of Steel 2, so who knows?

It makes more sense than Batman knowing Superman would return. What do you think? Is the person approaching Alfred Superman of Supergirl? Is the hologram a memorial to Superman or a recording of the first Krytponian to arrive in earth?

We will have to wait until 17th November and I for one can’t wait.

Let’s just hope they don’t reveal too much more from now on.