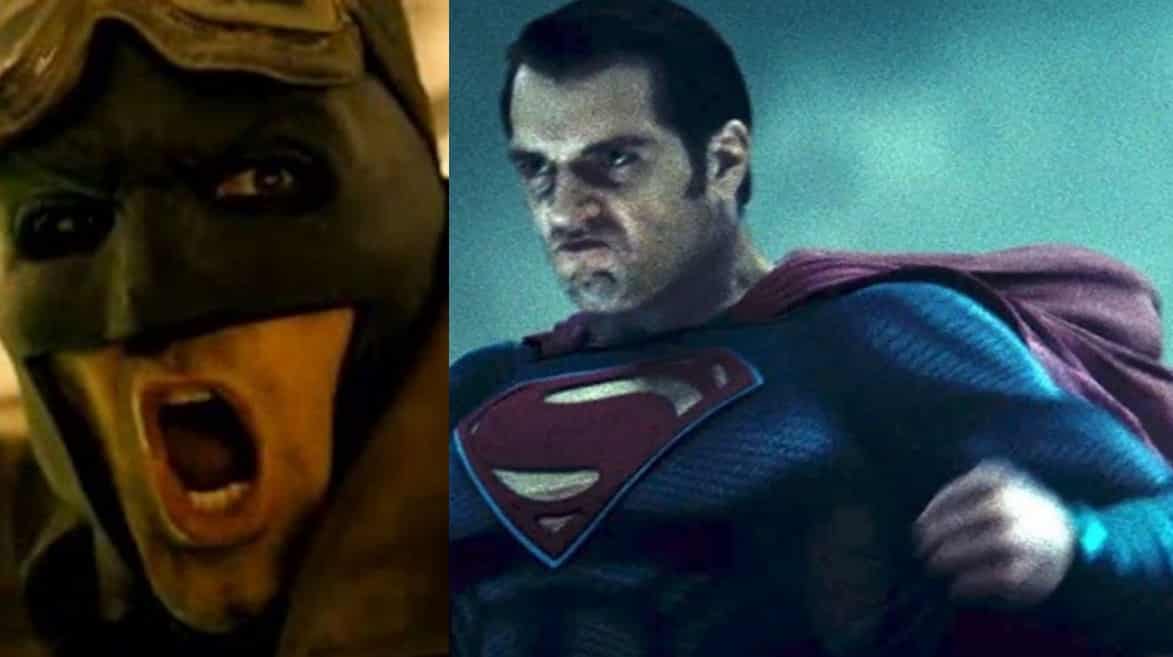 Undoubtedly, I’ll be called a ‘DCEU Hater’ for writing this article, but I felt it was something that needed to be addressed.

Those of you who actually enjoy the facts, already know that this site is actually a big defender of The DCEU and more specifically, Zack Snyder.

I’ve personally written more than one article about it.

We also published a very long and detailed piece on why Batman v Superman: Dawn of Justice doesn’t deserve the hate that it receives.

Fans, and fan pages ran by out of touch fanboys (more on that later) need to understand something though. Not every SINGLE fucking article about The DCEU is clickbait or “fake news”.

I’d also like to preface my comments by saying, YES. There are some stories out there that are complete and 100% BS. A quick search on our site shows that we don’t run them. The last story we ran that was negative was from The Hollywood Reporter, which, is pretty accurate on getting stories.

We also don’t just make these stories up or post “un-sourced” rumors. As a website, you have to pick and choose what goes on there, so if it’s a site that gets something right most of the time, chances are – the story will be run.

By the current explanation that complaining fans are giving, ONLY positive stories about DC are considered real news.

For those of you still here, let me explain my position.

Yesterday, a story was written about Casey Affleck saying Ben Affleck wasn’t doing ‘The Batman’ film. It’s what he said. He said it in a non-joking way, but then said that he was in fact “joking”.

Okay, so I write that article, point out how he said he was joking and then, I’m still called “clickbait” or “fake news”. Fake news, for a lack of a better term, is what one would deem as NOT REAL. I’m not joking, that’s really the best way I could put it. But what isn’t real about that story?

The headline specifically read as:

Okay, nothing fake about that. If you watched the video, it really doesn’t sound like he’s joking. But read any comment section, and you’ll see people complaining that “HE WAS JOKING! YOU’RE TAKING HIS COMMENTS OUT OF CONTEXT!”

Now, I wouldn’t consider myself a ‘Comedy God’ or anything like that, but watching Casey Affleck’s interview – his delivery was not in a joking manner. It’s pretty obvious.

Either way, someone did directly call this site out for not reporting that it was a joke, which is also false:

Maybe he was actually joking. If he was, that wasn’t very good acting.

Regardless, this story specifically got me booted off of a DC Cinematic Universe Facebook page that I had been on since June 2015, and as a pretty big DC fan, was pretty silly in my book. 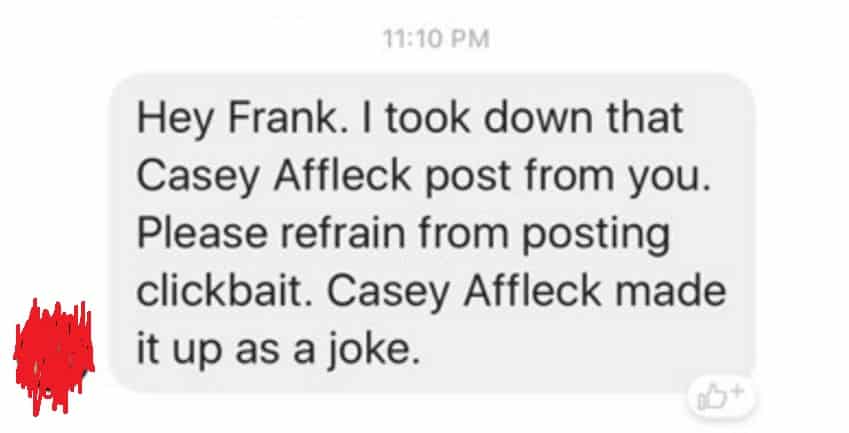 Well, okay. I mean that settles it right there. It’s no longer up for debate whether or not Affleck was joking, because that admin just settled it right there.

How silly of me to forget the fact that everything is 100% fact simply because someone says it.

When I asked for more information as to what they deemed “clickbait”, I didn’t get a reply. I got the boot.

So, let’s go ahead and look back on some of their own posts – some of which, this admin specifically posted articles that were widely condemned as “clickbait”:

Weird. I guess the rule of covering news only applied to me.

This is also the page that accused RottenTomatoes of being biased towards DC Films – even though it’s a website owned by Warner Bros. and one that doesn’t actually write reviews. 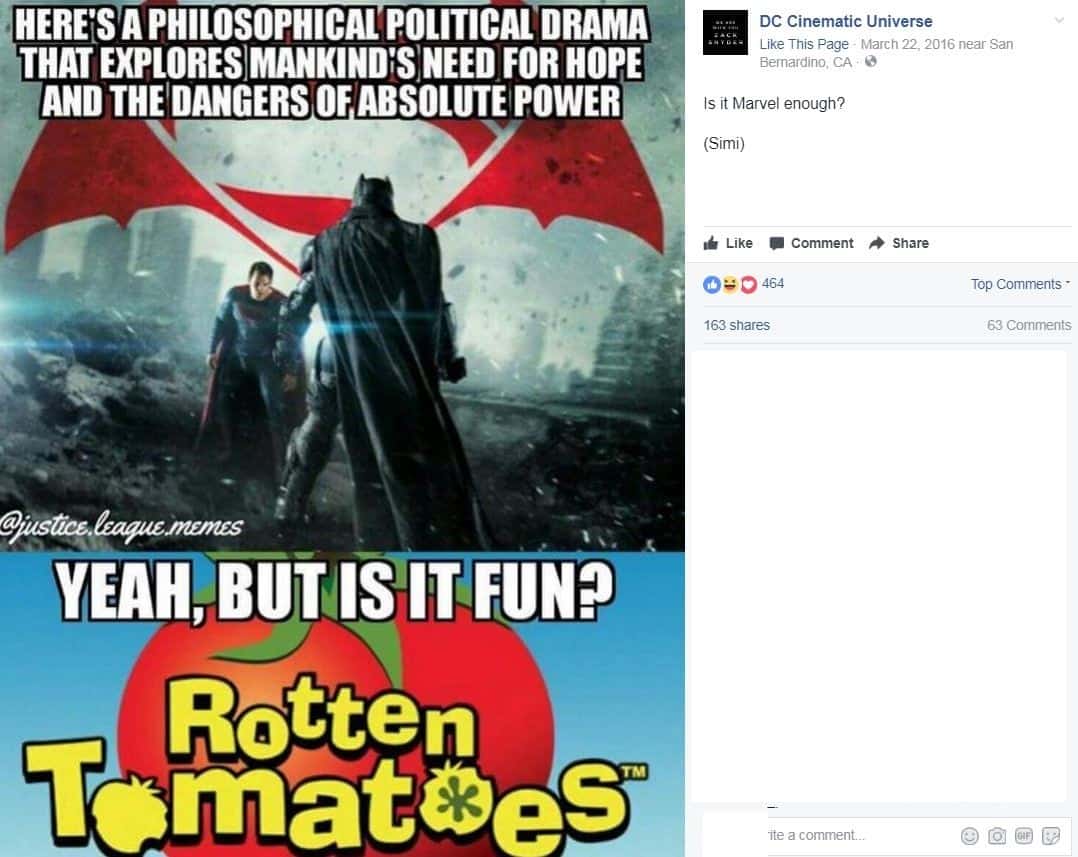 And alleged that there was a smear campaign against The DCEU: 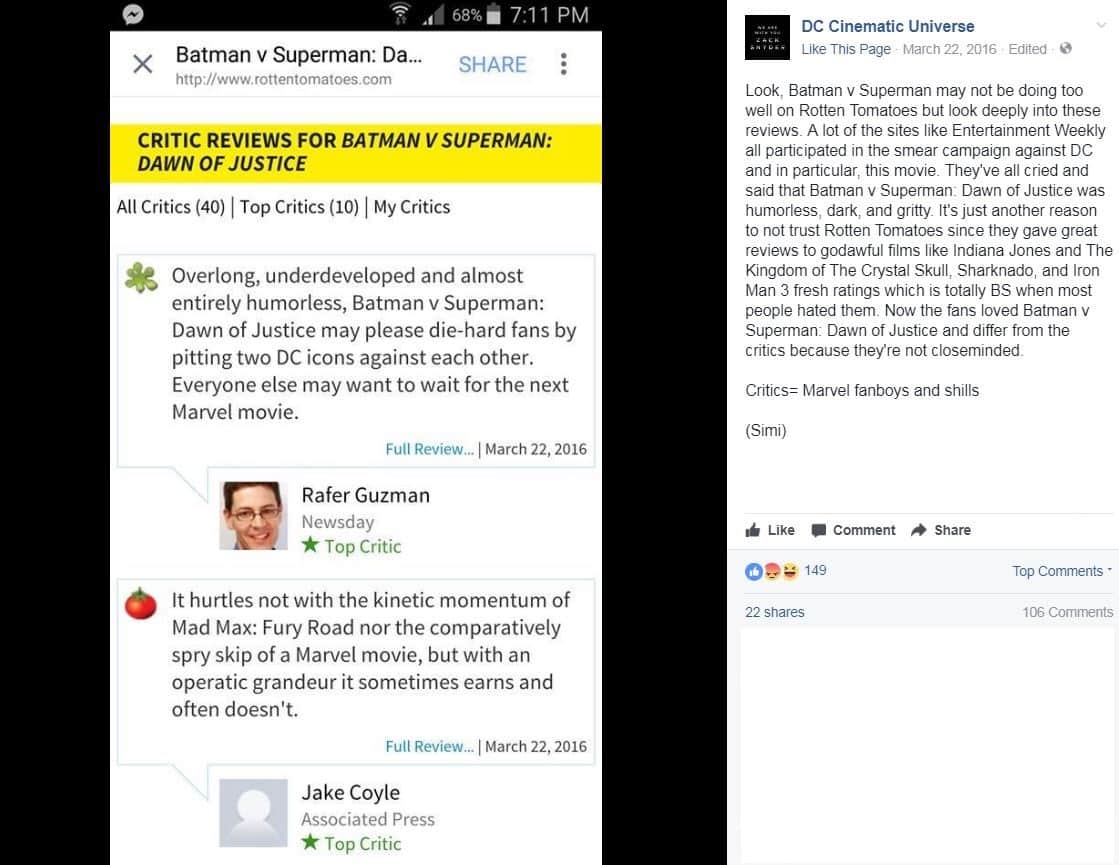 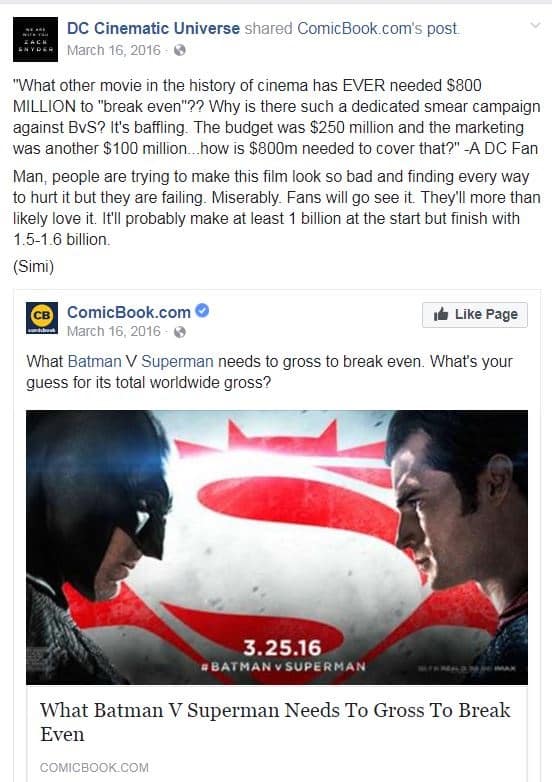 Okay, so I guess someone who didn’t like the film isn’t entitled to an opinion then by this logic. If you give your honest view of a film, you’re going to be criticized as a “hater” or having an Anti-DCEU bias? 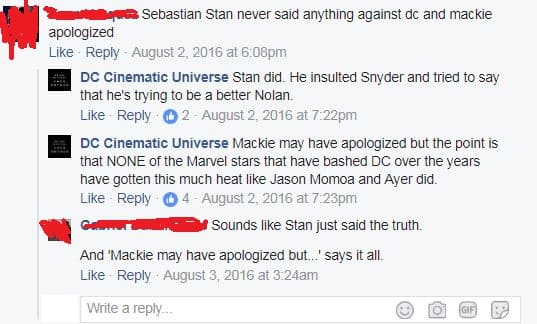 Oh and ROTTEN TOMATOES IS AN EVIL SITE – until it says something we like, of course: 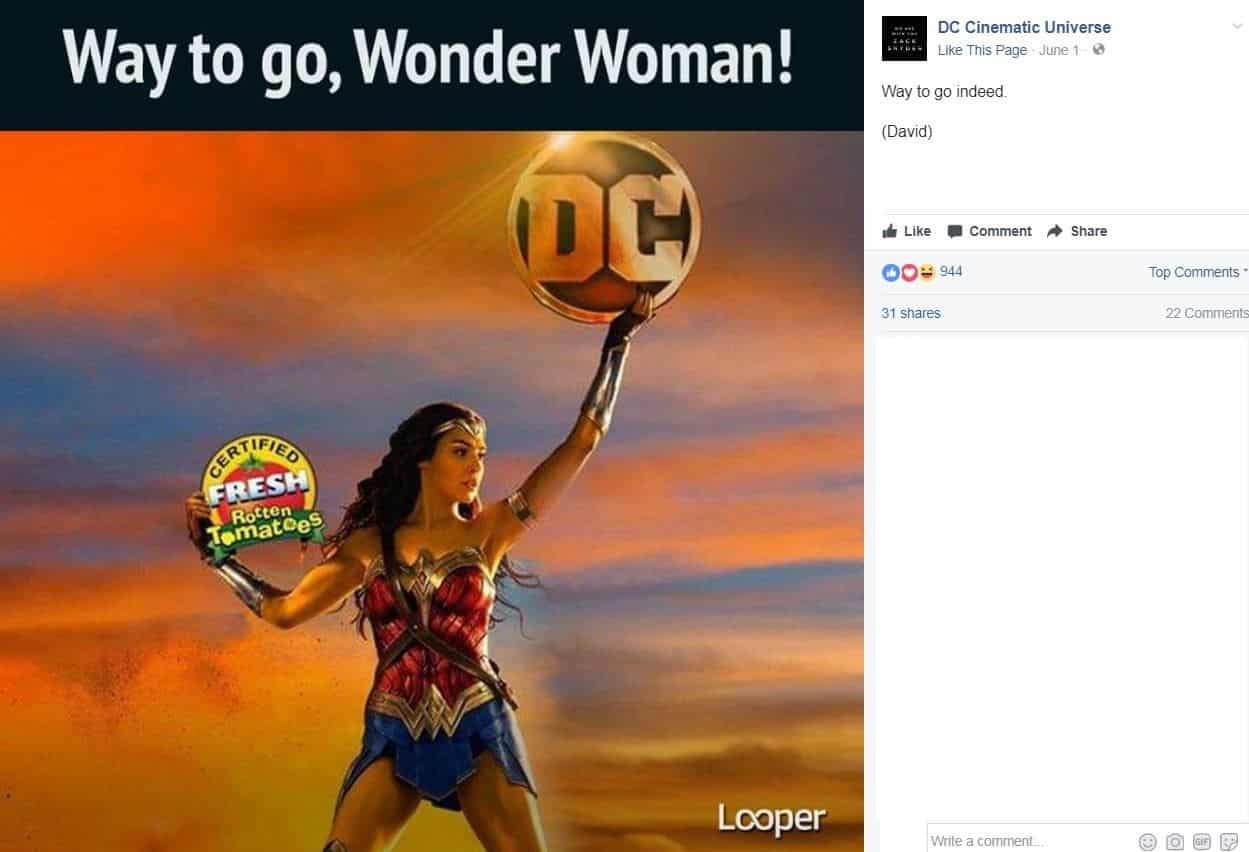 Yeah, that’s where we’re at, though this isn’t the most ridiculous post I’ve seen.

That prestigious honor goes to this one:

Yep. Journalism is dead because websites reported what an actor said about his brother verbatim. They twisted his words by reporting exactly what he said, though.

But who’s being biased?

This is becoming dangerous territory, in all honesty. It’s essentially telling people that they can’t report on anything that happens to carry what some would deem as negative news – even if there is smoke where there’s fire.

Sure, there are stories that I don’t even bother reporting that other big sites do report on. I get being a fan – I’m one of the biggest ones out there – but are we at a point now where our fandom distorts reality? Or that we have to agree with other people’s opinions or they’re simply “haters”?

Getting kicked off of that DC page, isn’t the point of this article. Yes, all of the constant Ben Affleck Batman articles are annoying. That doesn’t mean that reporting actual quotes is wrong. In Journalism, that’s something that’s definitely needed and often left out in today’s society.

If you don’t like The DCEU, that’s on you. I personally do. I won’t accuse you of being a hater or engaging in a “smear campaign” simply because your opinion is different than mine.

Think what you want – because that’s what we all have the right to do.