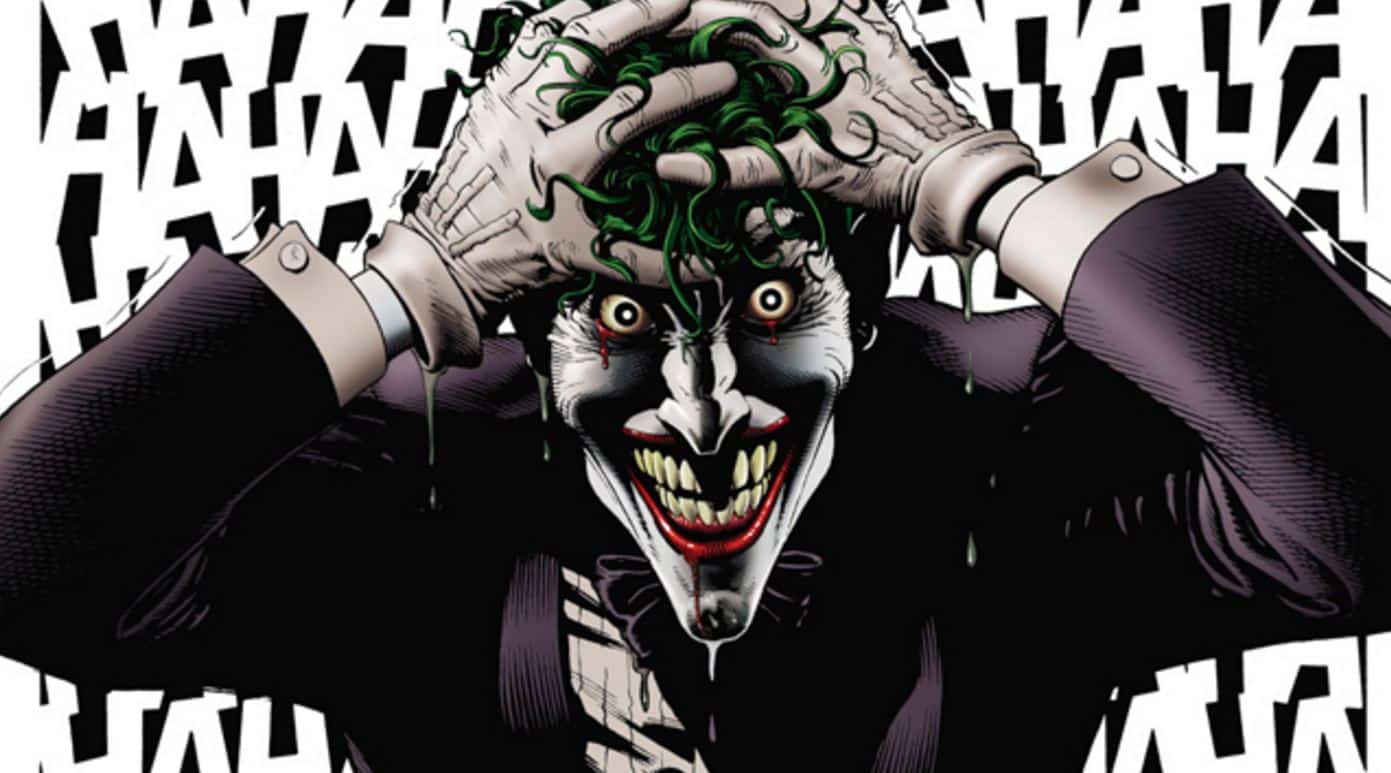 Like many, my interest was piqued when news broke that Warner Bros. was working on a solo film for the Joker, as part of an effort to expand the DC Extended Universe with more standalone films. That idea in itself is actually one worth supporting, as standalone films not shackled to franchise demands means they can be more experimental and take risks not usually seen with the genre.

Adding to the hype, it was speculated that Jared Leto would not be returning to the role of The Joker for the film after the mixed response to his portrayal in Suicide Squad. To top it all off – Martin Scorsese, arguably one of the greatest living filmmakers, was attached to produce it.

All of this seems to add up to a possibly amazing film that could transcend the genre, until I read that it would be an origin story for the character.

A frankly terrible idea, at least thematically. Financially, the film will no doubt be a success, especially after The Dark Knight helped make the Joker a part of the cultural zeitgeist. But to do an origin story for the Joker completely misses why the character works so well.

It’s interesting that what started as a silly gag villain in the comics has evolved into one of the most iconic characters in the western literary canon. The predominant depiction of the Joker now is as a nihilistic avatar of chaos, whose actions seem to go beyond mere insanity. That’s because insanity speaks to a disconnect with reality, and the Joker is by no means disconnected from reality.

He’s brilliant figure that can lead groups and orchestrate complex schemes, something that a simple insane person couldn’t do. His paradoxical inhuman behavior mixed with a  sound mind is part of what makes him fascinating, and the mystique of how he became that way adds another level to that fascination. It’s why in real life, people obsess over serial killers who led otherwise normal lives. The fact that they can commit those heinous acts without having something heinous done to them, speaks to the idea that there is an inherent darkness within humanity that most can only keep at bay.

This is why an origin story couldn’t work, no matter what the writers come up with it will be an underwhelming explanation for the Joker’s actions. No single event, no matter how horrific, could be plausible enough to turn someone into a super-villain whose body count borders on genocide. It’s entirely more satisfying to leave it to the viewer’s imagination what drove the Joker to his villainy, because of the tantalizing idea that perhaps nothing did.

Perhaps the darkness within all men is just something he embraced, a thought that for the audience is both unthinkable and engaging.To prove this point, one need only look at two very different portrayals of the character. 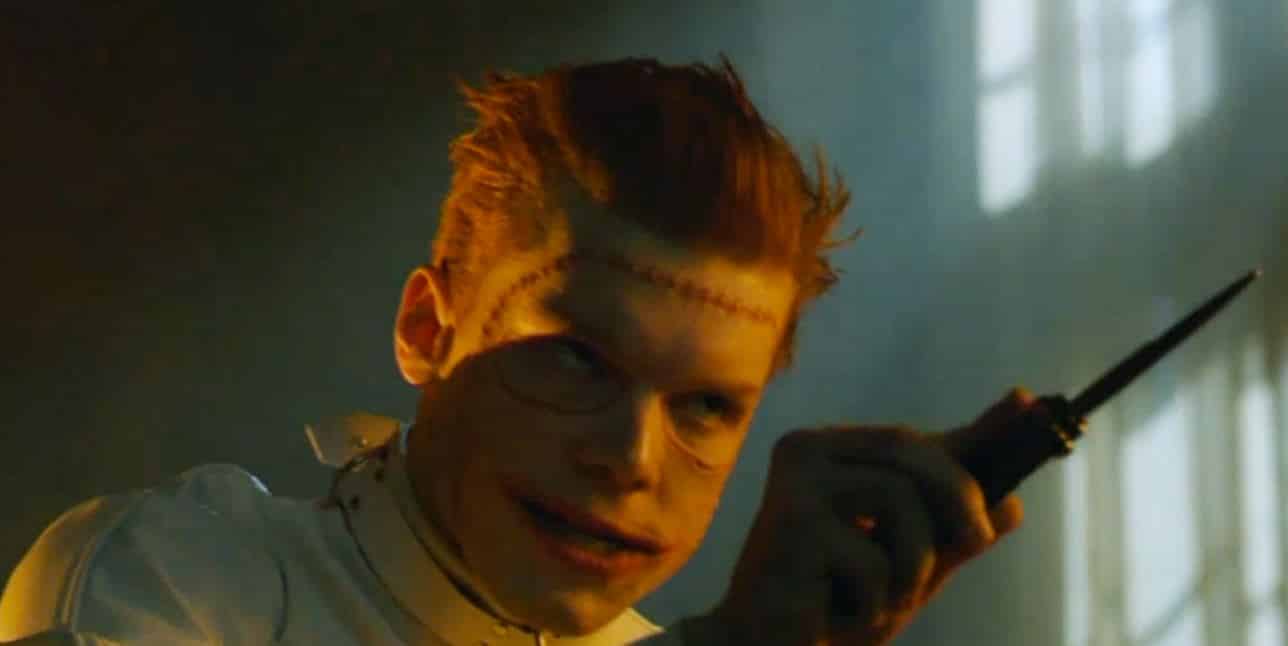 On Gotham, showrunner Danny Cannon originally promised that the Joker would only be hinted at with several possible candidates presented. But then by mid-season one – he shrugged his shoulders and introduced the Joker as a young man played by Cameron Monaghan.

Now praise should be given to Monaghan – as he did a surprisingly good job in his portrayal despite the often weak writing that plagues Gotham. Though, even if his portrayal is good, it’s never captivating because we know both his name and why he acts out. For those of you who don’t watch the show, and that may be many of you as even a fan of the show like myself has to admit it rarely rises above decent, it may surprise you to learn what they named the Joker. It’s Jerome, the name of the unstoppable force for destruction….is Jerome.

Even typing that last sentence deflated the idea of the character.

What’s worse is the show’s explanation for how he became evil, which really just amounts to a promiscuous and possibly abusive mother. That’s it? The source of the Joker’s sociopathic and violent tendencies is a parent who mistreated him? That feels more in line with Norman Bates than the Clown Prince of Crime. I realize that in real life such factors can hurt and warp people, but for a character whose actions go beyond simple evil it just strains plausibility; while eliminating the mystery around him makes for a less engaging character. 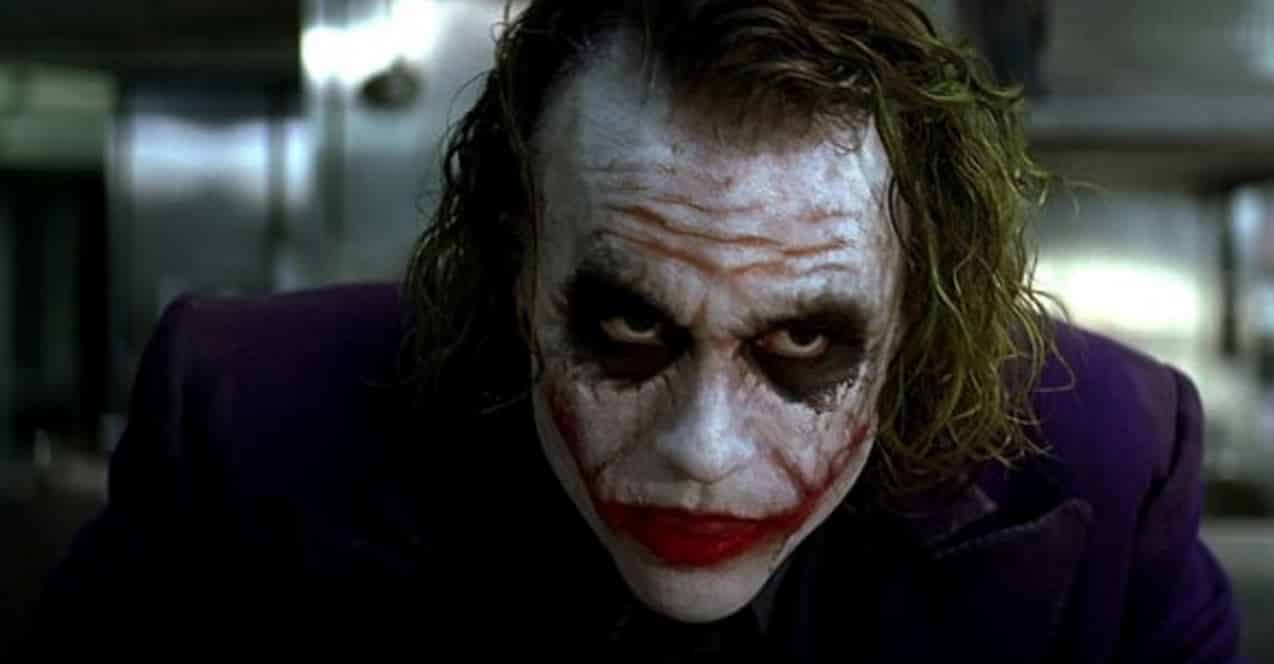 Conversely, what’s considered by most to be the best portrayal of the Joker, Heath Ledger in the Dark Knight (sorry Cesar Romero fans), leans heavily on the mystery surrounding him. Its one of the standout quotes from a film filled with memorable quotes, when the Joker is in custody and James Gordon comments:

“Nothing. No matches on prints, DNA, dental. Clothing is custom, no labels. Nothing in his pockets but knives and lint. No name, no other alias.”

That lack of background is part of why this version of the Joker is so beloved, even in the gritty grounded universe Nolan crafted. It means that the Joker is someone who is totally devoted to his cause and ideals, whoever he was as a person has ceased to exist. To make a  backstory for him would cheapen that strange and interesting fanaticism about the character, so Nolan wisely left it out.

In fact, having no origin for the Joker falls in line with one of the ideas from Batman Begins:

“It’s not who I am underneath, but what I do that defines me.”

While the quote was supposed to represent Bruce’s transformation from his privileged youth into righteous crime fighter, it cuts both ways. This means that whoever the Joker was is irrelevant to the story and the character, what matters is his actions in the present. The film even goes out of its way to give conflicting stories of who the Joker is, as told by him, to hammer this point home.

If we were given a moment in the film where the Joker goes on about who he really was and how he transformed in complete unflinching detail, explaining how he got all his resources and what he did before the events in the film, it would have felt like a distraction from the story.

Yet even as I type this, I can feel the raised dagger of the comment section, as fanboys wait to type the words:

Yes, I acknowledge the Joker does have an origin in the comics. The simple story is that he was some random man using the red hood alias during a robbery, and fell into a vat at the Ace Chemicals factory while being pursued by Batman. Granted this story has itself been contradicted in the comics, by design, with the past Batman: Endgame story arc hinting that the Joker is an immortal being that has always plagued Gotham. There have been several comics that have delved into a possible past, but it’s important to note that all we’re non-canonical.

The writers know that to give a real explanation cheapens the mystery, so they’ve purposely given contradictory accounts. Even the recent news that the Joker’s real name is Jack Napier doesn’t change that dynamic, we still can’t fathom how a normal person could turn into the Joker; and that’s the point. Our imaginations will always keep the character fantastical, while an ironclad origin story just brings it down to the level of the mundane.

The Joker remains to this day the greatest comic book villain ever created, so it’s shame that a film such as this, with talented people attached, don’t understand the character. The best we can hope for is an actor who elevates the role the way Heath Ledger did, but honestly I doubt that will happen.