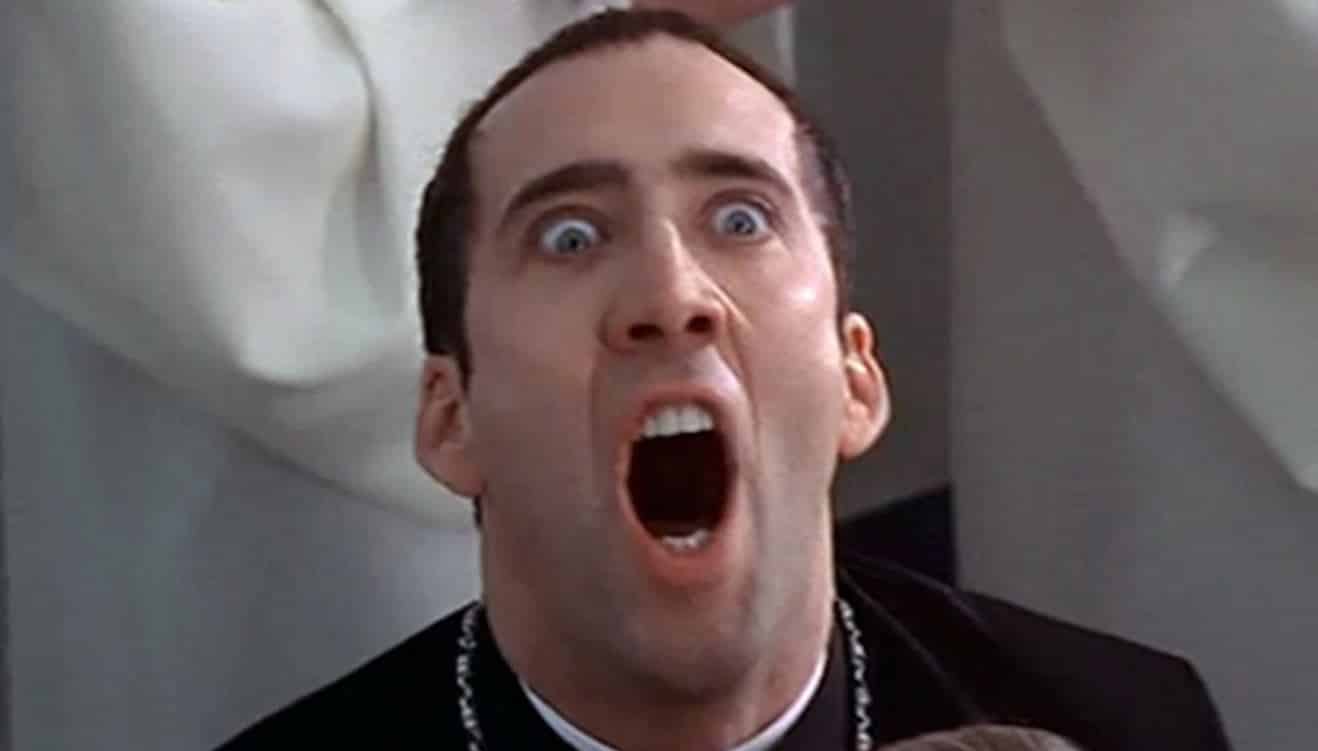 The lucky ones who were at the Toronto International Film Festival last week have already gotten to see the new Nicolas Cage film Mom and Dad. For now, the rest of us will have to speculate and speculate we will.

It’s been a tough 2017 for us Cage fans. January gave us Arsenal which despite featuring The Cage reprising his fan favorite role as Eddie from Deadfall (“WHAT AM I F—ING RETARD?! AM I A F—ING RETARD, HUH??!!”) was generic and boring. June gave us Inconceivable which wasted our favorite wild man by sticking him in a boring role as the leading lady’s doting husband.

Finally, this month gave us Vengeance: A Love Story which I haven’t seen yet but come on. No movie with a title that stupid can be any good.

Mandy, another upcoming project of his at least sounds interesting.

Things might be turning around later this year since the festival buzz surrounding Mom and Dad seems to be pretty positive. Just the premise alone seems to be right up Cage’s alley. Just read the IMDB plot summary and tell me that Nic Cage isn’t going to have a lot of scenery chewing fun in this role:

“A teenage girl and her little brother must survive a wild 24 hours during which a mass hysteria of unknown origins causes parents to turn violently on their own kids.”

Not only that, but this film is directed by Brian Taylor who directed both of the Crank movies which are the textbook definition of bats–t insanity.

Early reactions seem to indicate that Mom and Dad is just as bonkers as it sounds with one reviewer saying:

MOM AND DAD: Nic Cage goes full Cage. I mean FULL Cage. He sings the Hokey Pokey while destroying a pool table with a sledgehammer. #tiff

Even Cage himself has stated that the project is “a gift to the movie gods” and the best film he’s made in 10 years.

The critics seem to agree with this as Mom and Dad currently holds an epic 100% on Rotten Tomatoes.

Now I know I can’t wait. Bring on the insanity!

Will YOU be seeing Mom and Dad? Sound off below!

Continue Reading
You may also like...
Related Topics:Mom and Dad, Nicolas Cage

A Look Back At Darren Aronofsky’s ‘Requiem for a Dream’
Surtur’s Dragons from THOR: RAGNAROK Revealed
Advertisement
Advertisement
To Top