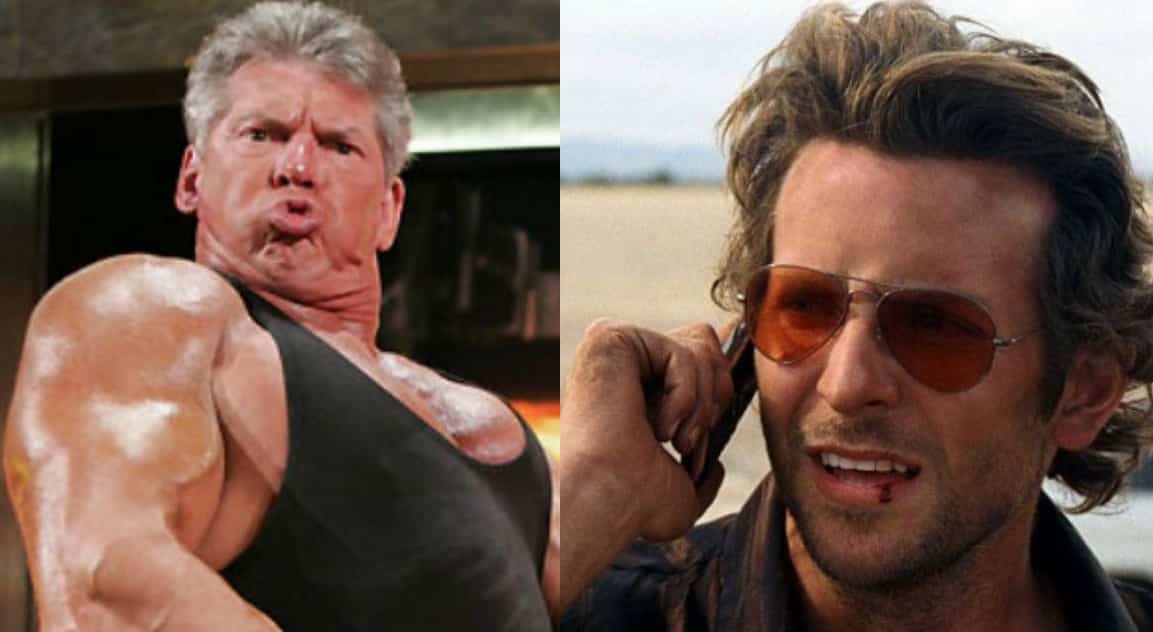 The upcoming Vince McMahon biopic, Pandemonium, may have found its lead – and it’s definitely not the choice you were probably expecting.

A report from PWInsider says that actor Bradley Cooper has been offered the lead role:

The current strategy is to try and attach an “A” level name to the project in order to fast track the project.  An offer was made several weeks ago to representatives of Academy Award nominee Bradley Cooper with the idea of Cooper starring as McMahon, according to a well placed source familiar with the project.   Whether Cooper is receptive to the idea remains to be seen, but PWInsider.com has confirmed the offer was made.

It’ll be interesting to see how this film moves along, as the script was rumored to have some pretty insane stuff in it, such as:

“There is a scene in the most recent draft of the film where Hogan is dealing with steroid use hurting his sex drive and indeed, the size of his genitals. There is a scene where a female wrestler propositions Vince, leading to him instead telling Linda (in front of the wrestler) what was suggested, so instead Linda leads Vince into the stands at MSG to do the deed herself with her husband.”

As someone who has followed wrestling since the 90’s, I can definitely say I’m 100% interested in seeing the angle they take for this movie. With McMahon himself as a producer, I’m guessing it can’t be that negative of a portrayal, but then again, it’s Vince McMahon we’re talking about.