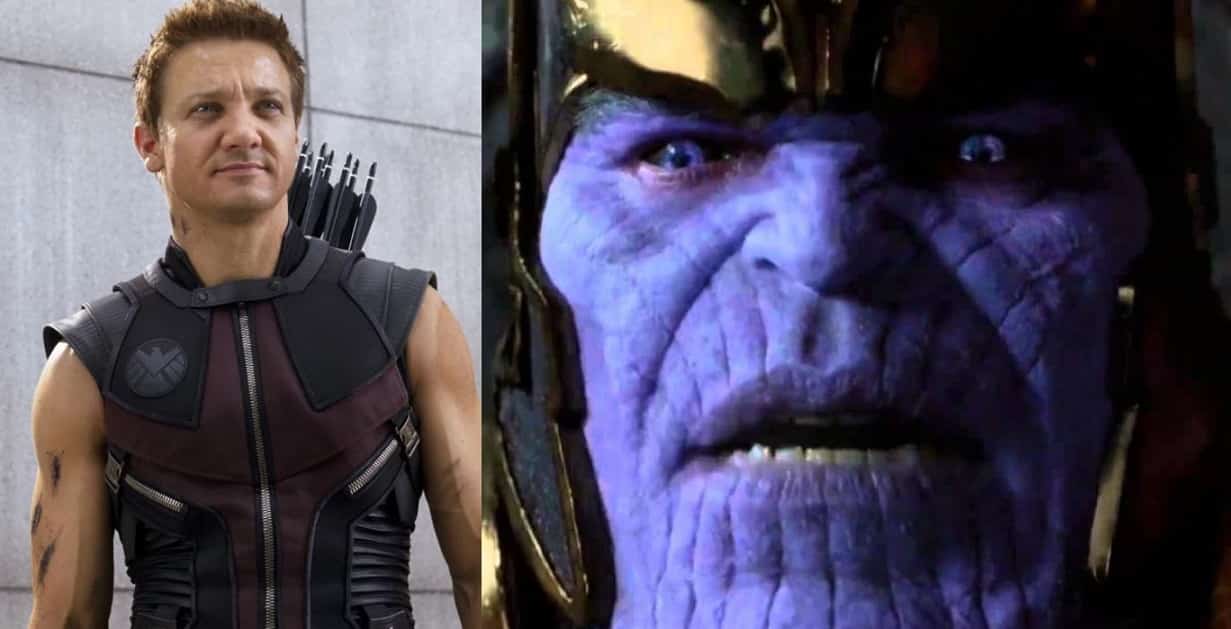 A new batch of photos have dropped from the Avengers: Infinity War set. They include Paul Rudd, Chris Evans’ butt, Karen Gillan in full Nebula makeup, and Mark Ruffalo in a motion-capture suit for Hulk scenes. But perhaps the most interesting shots (all of which can be seen over at VK) are those of Jeremy Renner.

The Hawkeye actor is sporting a drastically different look from the previous films. In addition to a half-shaved, spiked-up head, he also has a full sleeve tattoo on his left arm. The pictures aren’t clear enough to see the details of the design, but the ink appears to be predominantly green and black.

The punk style is a far cry from the family man we’re used to seeing in the Avengers films. However, it was rumored several weeks ago that Hawkeye is going to undergo a massive change in the film. It’s thought that after suffering a great loss, he will drop his longtime superhero persona. Instead, he will adopt the mantle of Ronin. “Ronin” is the Japanese word for a samurai with no master or clan. A solitary, wandering soul, doing the honorable thing when able, before moving on alone.

It sounds terribly sad and lonely, and very different from the snarky, sarcastic archer we all know and love. What could be the catalyst for such a 360? The only loss we can imagine shaking Barton to his core would be that of his beloved family. We learned in Age of Ultron that he secretly has a wife and three children, who he keeps ensconced on an isolated farm for their safety. If anything were to happen to them, despite his valiant efforts, one can only imagine what that might do to his psyche.

It also seems to go in line with the reports that the character would be undergoing a major change for the film.

Are you excited to find out what this new look might mean for Hawkeye? Let us know in the comments!