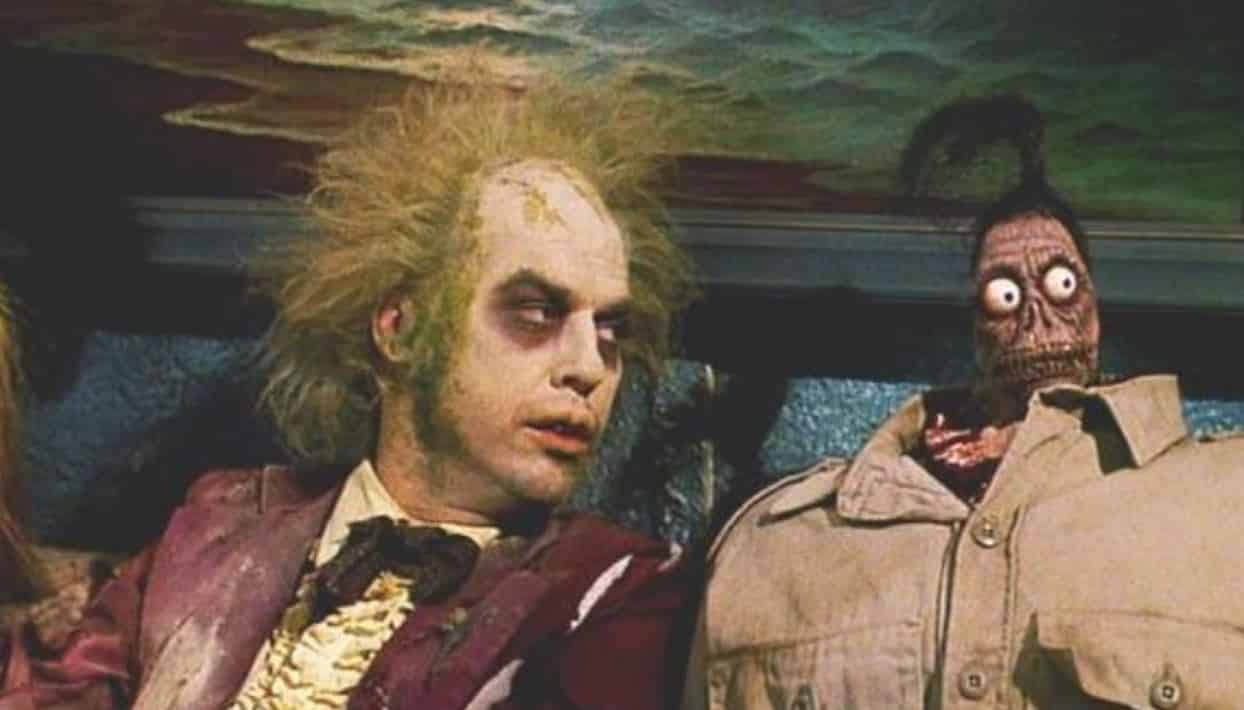 After what seems to be years of false starts and stops, another writer is once again trying to resurrect the character of Beetlejuice – and this time it’s Mike Vukadinovich. Beetlejuice 2 may happen after all!

According to Deadline, there is no involvement from Burton or Keaton yet. They have confirmed that they are interested in the property, however, and that Vukadinovich is hard at work on penning the script for whatever sequel he has in mind. It was also rumored last year that Johnny Depp could replace Michael Keaton in the title role.

It’ll certainly be interesting to see what he can come up with, considering two of his other credits only consist of penning the upcoming Mr. Toad’s Wild Ride and Rememory starring Peter Dinklage.

Burton and Keaton on the other hand are both fixing to bring Disney’s animated classic Dumbo to life with an all-new live-action adaptation. And who knows, their collaboration in that project could be what it takes to get audiences interested in seeing the two work on another Beetlejuice movie.

In a world full of reboots and sequels, there’s no doubt going to be another Beetlejuice film. The only question is when and whether or not it’ll fit in the original continuity. And so I have to hope that Burton and Keaton do come back to do it, because if it has to happen sooner or later, they may as well do it right.

How do you feel about Vukadinovich penning the sequel to Beetlejuice? Does he have what it takes to bring our favorite ghost back from the dead? Let us know in the comments section!

Continue Reading
You may also like...
Related Topics:Beeltejuice, Beetlejuice 2