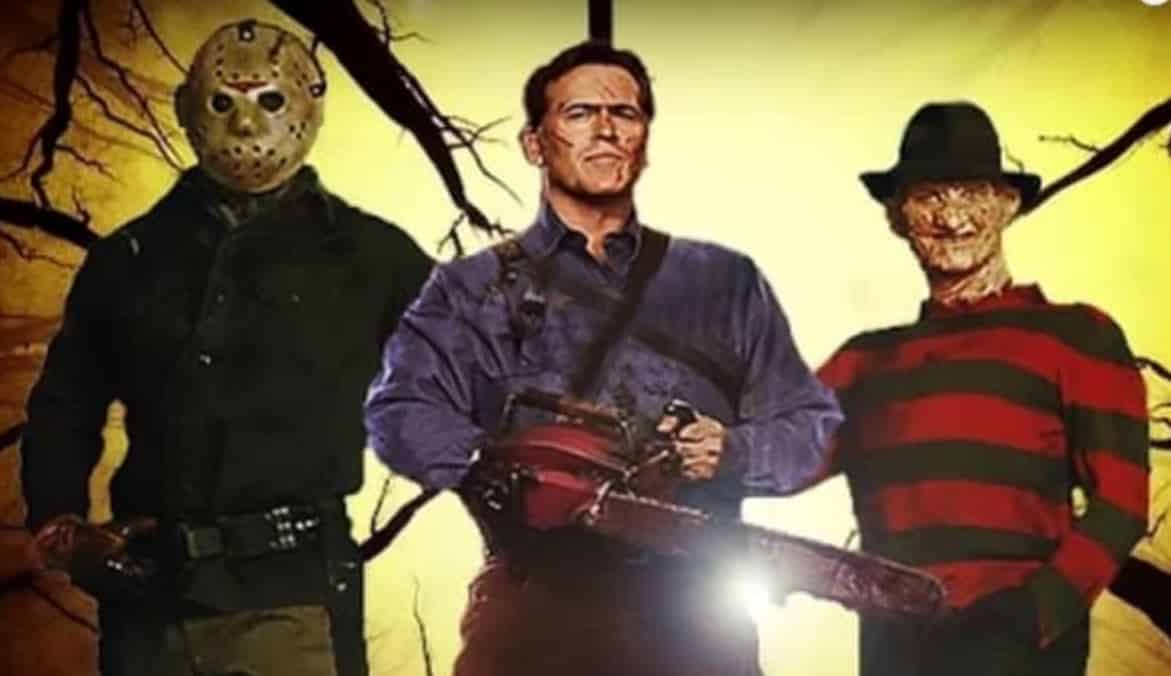 Freddy vs. Jason is a film that many horror fans thought was good to be true. Finally, however, it slashed its way into theaters in 2003 and became a box office success (but sadly a failure with critics and fans). But there were soon whispers of a sequel that made even the most hesitant and disappointed of fans perk their ears and turn around. That’s right, the legendary Freddy vs. Jason vs. Ash that very much so was too good to be true.

Now star Bruce Campbell, best known as having played Ash throughout the Evil Dead franchise, has explained why the project just couldn’t work.

During an interview at the NYCC (via Screen Rant), Campbell had this to say:

“We had a five minute conversation with New Line Cinema about Ash vs. Jason vs. Freddy. They approached us. So they go, ‘What do you think about that?’ And we were like, ‘Great, Ash can kill ‘em both.’ There was a long pause, ‘Well actually that’s not something we can entertain.’ And we couldn’t control any other character, only control Ash – what these guys said, or what they did and you can’t kill either one. So right from the start, it’s creatively bankrupt. Economically, now you’re splitting the pot with two other partners – nah. We’re good. So that’s why – fans may not realize why things don’t happen.”

While the film never happened, for better or worse, we did receive several comic books that covered the concept rather nicely – including beloved characters from all three franchises. Bruce Campbell has spoke about the film in the past, and it definitely would have been one insane horror film.

As for now, the Nightmare on Elm Street and Friday the 13th franchises are in a sort of limbo, relying only on rumors of new reboots to stay alive in the memories of fans. Evil Dead, however, is stronger than ever with a new season for Ash vs. Evil Dead coming our way February 25, 2018.