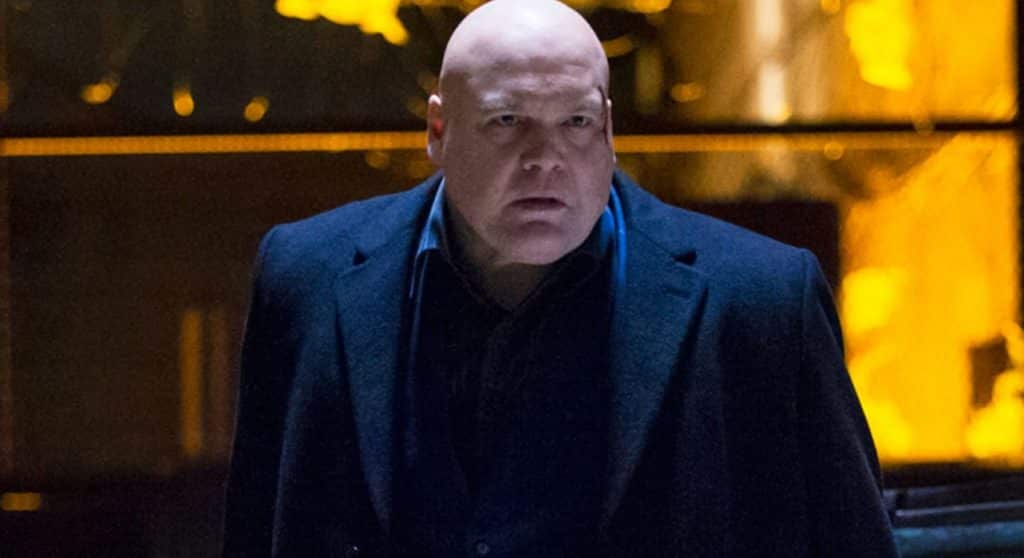 Just last week we were given our first teaser for Season 3 of Marvel’s Daredevil, and now, we’ve been given some more interesting news – involving the showrunner and status of Vincent D’onofrio’s Kingpin.

Deadline reports that Vincent D’onofrio will be returning as Kingpin for the show’s third season, and that Erik Oleson will be taking over as showrunner for the upcoming season.

Not a whole lot has been revealed about the upcoming season, but Charlie Cox has gone on record as saying it’ll be very dark (potential Defenders spoilers):

”Everyone who loves Daredevil loves Born Again. You can’t not. And if that’s the case, then the implications of that would be very exciting to me. That would be great. Having said that, I know we don’t tend to follow any story blueprints too closely, because if you do, then you become a foregone conclusion.”

Bullseye has been a villain Cox has said he’d love to see, though it’s rumored that Sin-Eater could appear.

Hopefully, the show will be as good as the first two seasons, which were (in my opinion) the best that we’ve gotten out of the Marvel Netflix shows so far. The only show that really even comes close is Marvel’s Jessica Jones and maybe The Defenders.

Based on the quality of the trailers for The Punisher’s upcoming series, there’s a possibility that Daredevil could end up being behind that show in terms of quality, but who knows? Either way, it’s great to see all of these characters coming together.

What do you think of Kingpin’s return to Daredevil? Are you excited for Season 3? Be sure to tell us in the comments!