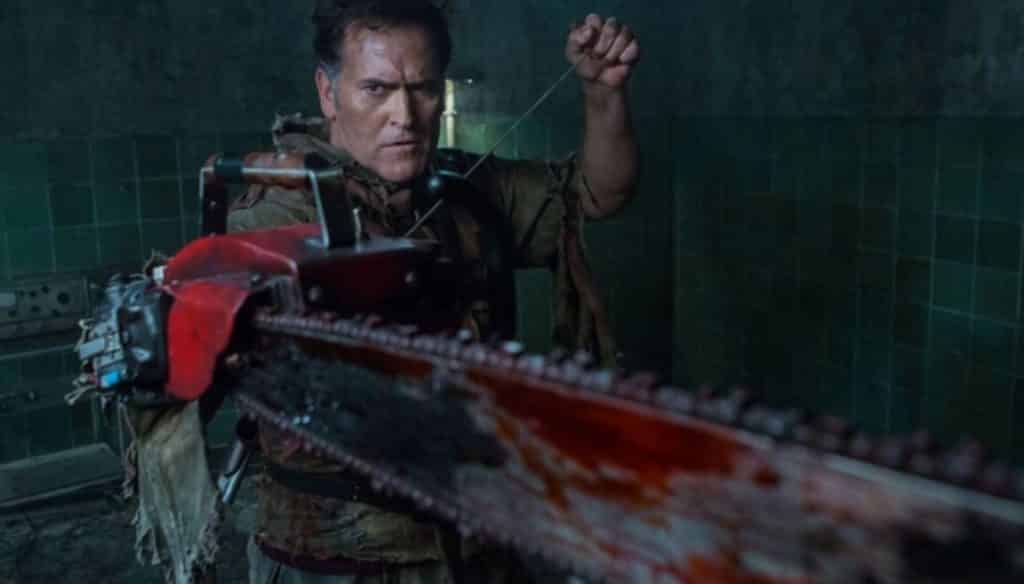 It’s been months of anticipation waiting for Ash vs. Evil Dead to return, and while its usual October release date was delayed till February, they’ve made up for it by releasing the trailer on Halloween!

It’s a natural escalation for the franchise, now blending high school life with the terrors of the Evil Dead. We get to see some new monsters, including a possessed high school mascot, and learn that Ash now has a daughter!

You know the nightmares you have about going back to high school? They’re about to get a lot worse. #AshvsEvilDead returns 2/25 on @STARZ. pic.twitter.com/ofAn79zKbt

If this show has done one thing, it’s expand the lore to unbelievably new lengths. Who could’ve thought a low-budget film from 1981 would have such a large universe to explore decades later? It goes to show that the Evil Dead franchise is something truly special. And I am forever grateful we get to see Bruce Campbell return as Ash on a yearly basis. It’s truly a much better format than waiting a decade, give or take, just to see him return in a 90 minute sequel.

Let’s just hope the series gets to stay, as Bruce Campbell has recently explained that pirating may play a role in the show’s demise if we don’t show Starz some support. After all, Campbell did suggest he could be done as Ash after this season.

What did you think of the new trailer? Are you excited for the third season? Let us know in the comments section below!