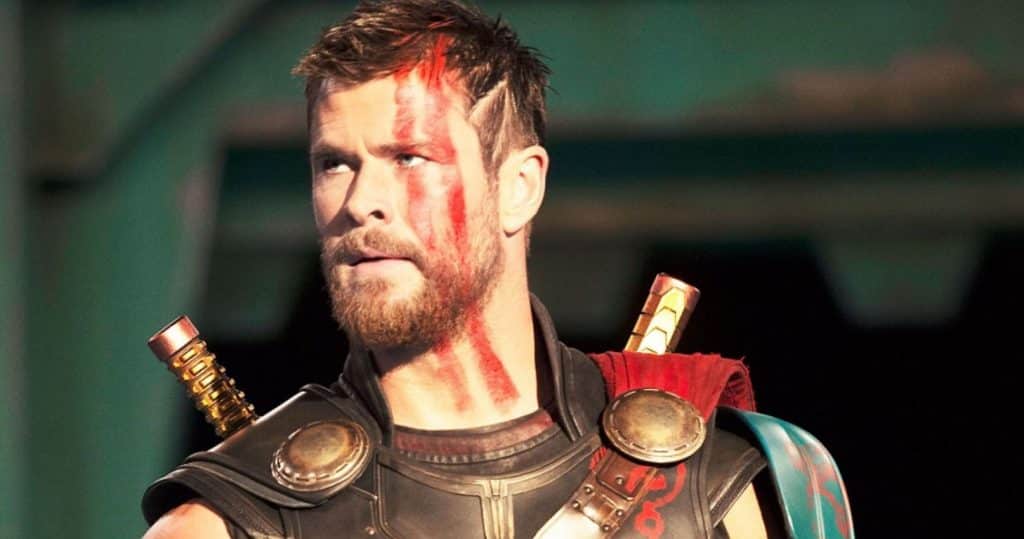 While Thor: Ragnarok is yet to even hit many theaters, it seems Chris Hemsworth is immediately jumping back into action. And according to photos hot from the Atlanta set, the God of Thunder’s beloved locks have returned for Avengers 4.

Fans are thirsty for any details surrounding the much anticipated sequel. But so far directors Joe and Anthony Russo are clutching their cards very close to their chest. While we are still yet to receive even a title, we are at least getting nuggets of information thanks to set photos circulating the internet. It is with thanks to YouTube channel Noticias Geek TV that we have gotten a sneak peak of Thor in what appears to be his suit from Avengers, complete with the long hair fans know and love.

The quality of the video does make it hard to tell what exactly is happening in this scene, but we do know that fellow avengers Hulk, Captain America and Iron-Man are present. It is worth noting that Robert Downey Jr. is sporting the same Black Sabbath shirt featured in the Avengers movie.

While we cannot confirm what precisely is going on, we can assume that a flashback to the original Avengers movie is the most likely explanation for this scene. There is speculation among some fans that perhaps timetravel or even alternate dimensions are in play. Given that this could well indeed be a flashback, the fate of the characters in Avengers: Infinity War is still uncertain. With such a big event, it is unlikely all will make it out unscathed.

Whatever the true reason for this throwback, it will be nice for fans to be reminisce of a simpler time in the midst of a film where dozens of superheroes will be exploding on the screen. While we continue to speculate the true answers can only be known when Avengers 4 smashes into cinemas in 2019.

You can see Thor next in Thor: Ragnarok which is currently playing in theaters.

What do you think of this? Which Thor look do you prefer? Be sure to tell us your thoughts in the comments!