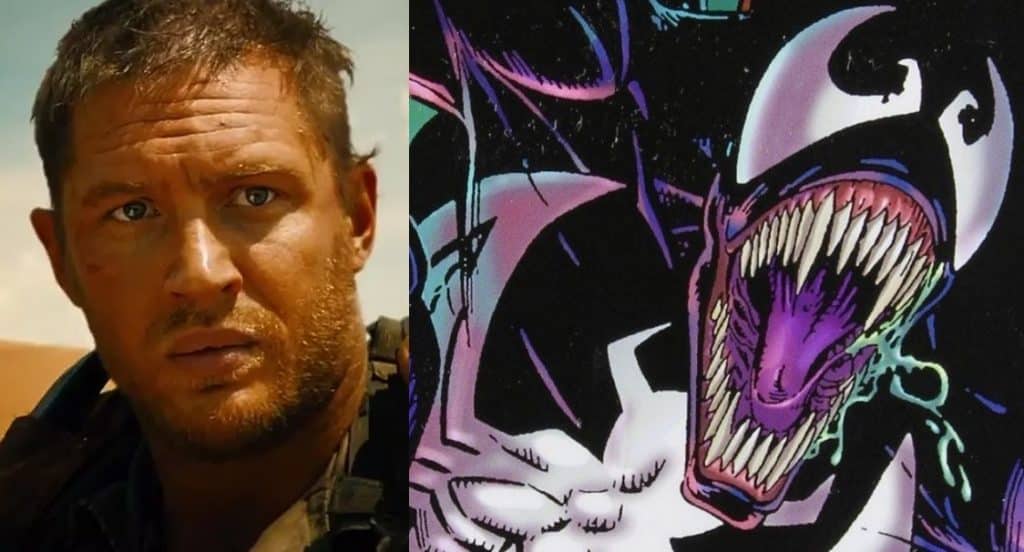 The Venom movie has already started production, however, there aren’t a lot of details out about it yet. Recently, character descriptions have been released for five members of the Tom Hardy led film.

That Hashtag Show provided the details, and there is plenty of information to bring about more speculation that the film will run along the lines of the 1993 Venom: Lethal Protector series created by David Michelinie, Mark Bagley, and Ron Lim.

[ZIGGY]19, a male guitar player, he is a rocker or punk guy who never stops playing the guitar.. CO-STAR

Venom and Spider-Man come to an agreement that they will leave each other alone if Venom can stay away from a life of crime. Venom moves to San Francisco, leaving New York behind, but the past catches up with him rather quickly. The father of one of his victims finds him and trouble starts. A group of survivalists, called the Life Fountain forces the Venom symbiote to spawn five offspring. They are Scream, Riot, Phage, Agony, Lasher, and Carnage – the last of which is said to be the villain in the new film.

Ruben Fleischer directs Venom, while Jeff Pinkner and Scott Rosenberg write it. We’ll have to wait almost a whole year before it is to be released on October 5, 2018. Tom Hardy will play Eddie Brock/Venom. Jenny Slate, Michelle Williams, and Riz Ahmed will also be in the film, though no one is certain which roles they have signed on to play. One thing is for sure. The secrecy surrounding this project is only serving to pique everyone’s curiosity.

Be sure to tell us your thoughts in the comments!