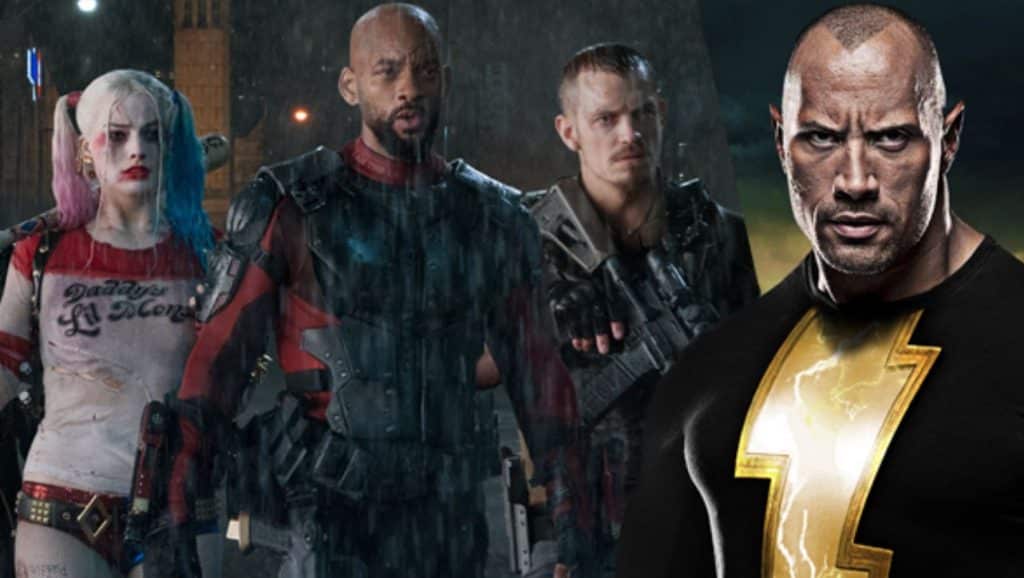 The upcoming Shazam movie won’t include Black Adam as a villain. As such, fans of Dwayne Johnson were disappointed because this means he will not make it to the big screen until his solo film debuts in theaters. That was true, but new news has come out that Black Adam could make it to the screen before that, after all.

The Wrap reports there are plans for the character to make it into Suicide Squad 2. The villainous members of the first film will be on a mission to track down “a weapon of mass destruction“, and that weapon will be Black Adam:

“Suicide Squad 2” may serve as Dwayne “The Rock” Johnson’s introduction to the DC Universe as the super-villain Black Adam, two insiders familiar with the idea told TheWrap.

The insiders told TheWrap that the current plan for the sequel is for the members of Suicide Squad to be tasked with tracking down a weapon of mass destruction. That weapon? Black Adam himself. The villain is best known in DC Comics as the main nemesis of superhero Shazam.

So far, this is just a rumor, and even The Wrap is being cautious to fully state Black Adam’s appearance in the Suicide Squad sequel as fact. Suicide Squad 2 is due to start production around this time next year, and will be directed by Gavin O’Connor.

It was once rumored that Black Adam could appear in Man of Steel 2, but that rumor turned out to most likely be false. It was also said that the character would appear in the upcoming Shazam! movie, but that also is no longer the case.

Back in April, The Rock had this to say:

DC Films have shown that they’re completely unpredictable and will change up their strategy at any time, so we’ll be sure to keep you posted on anything that happens.

What do you think of this? Would you like to see Black Adam in Suicide Squad 2? Be sure to tell us your thoughts in the comments!