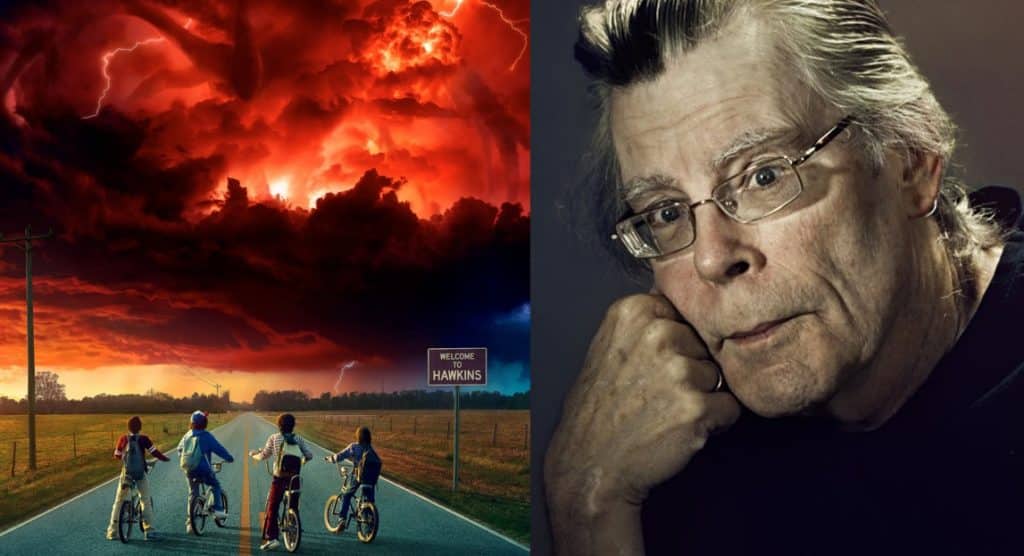 Stephen King has been a hot topic as of late with the major success of this year’s movie adaptation of his famous novel, IT. And now that Season 2 of Stranger Things has hit Netflix, it’s no surprise that the Horror icon has come out and revealed his thoughts on the show.

STRANGER THINGS 2: Ladies and gentlemen, that’s how you do it: no bullshit, balls to the wall entertainment. Straight up.

As far as what’s next for Stephen King fans, we’ll now be getting a Pet Sematary remake soon, and King himself has said that live-action adaptations of The Stand and Salem’s Lot could be next.

“There’s talk about doing The Stand as an extended TV series, possibly for Showtime or CBS All Access, and there’s been some interest in developing Salem’s Lot as a feature. Probably because people are saying, ‘Well, we took an old miniseries called It and turned it into a phenomenon, so maybe we can do it with something else.’ Nothing succeeds like excess!”

As far as the IT movie, though King wasn’t involved, he did say he loved it – even going as far as saying he wasn’t prepared for how good it would be:

“I wasn’t involved at all. I wished them well,” he said, before adding: “Geez, I don’t even think they sent me any swag from that one! But maybe that’s a good thing. I’ve seen it, it’s fabulous.”

Stranger Things is currently streaming on Netflix and IT is currently playing in theaters – with a home release expected soon.

Do you agree with Stephen King on Stranger Things? Be sure to tell us your thoughts in the comments!