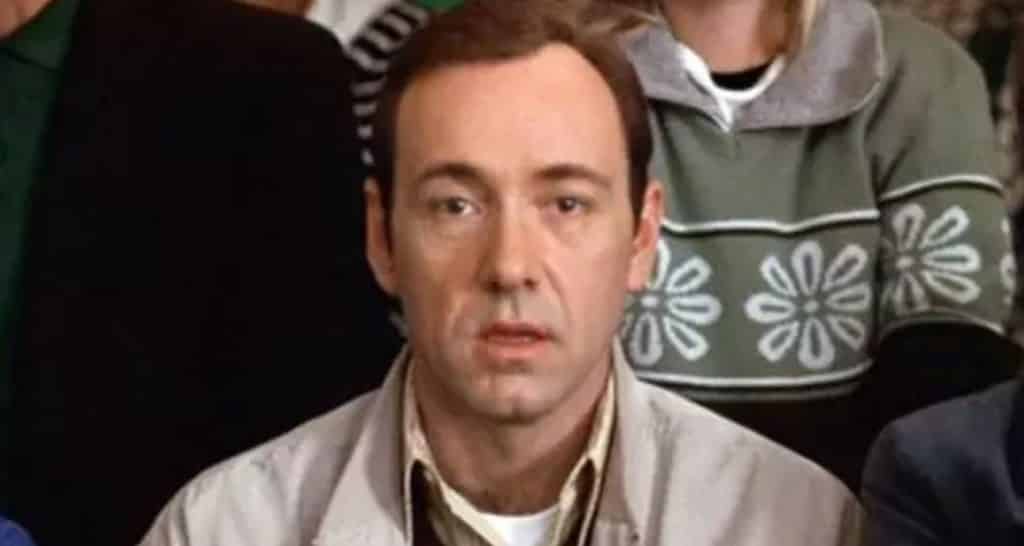 Another accuser has come forward with an accusation against former A-List star, Kevin Spacey. In what marks the 15th person to come forward with a story, actor Andy Holtzman said he kept what happened to himself all these years – before Anthony Rapp’s story came out late last month.

In a new interview with USA Today:

“I had no idea I was far from alone. It’s a good feeling and a bad feeling at the same time. It felt better for me (to finally talk about it), and not so good for so many others who had the same or similar experiences.”

The apparent incident happened in New York in July of 1981 when Holtzman was 27, in his first job at the New York Shakespeare Festival’s Public Theater. He claims he was in his office one day, when Spacey came in and sat down at an empty desk.

“Within minutes, wordlessly, he was up and all over me. The aggression was certainly more than a grope. When I was finally able to push him off and scream (at him), he theatrically stepped back, incredibly angry, grabbed his coat and bag, stormed out and slammed the door.”

He then went on:

“It’s never happened before or since, where somebody physically forces himself on you in a wordless way. In my office, with a phone in my hand, during the day! It was so out of place, so sudden. It was the wordlessness of it — he never spoke to me throughout, not one word. I was saying things, he was saying nothing.”

“It was the look on his face that was really shocking and then scary. The anger was undeserved. If you ask for something and get a no, then I can understand the anger, but you ask for nothing and then try to take everything? Where is that anger coming from?”

While he believes Spacey’s career is now over, Holtzman says he doesn’t wish the actor any harm:

“I don’t wish him ill, I want him to get well, he needs help. He’s a talented guy but I can’t see how people can go and watch him (on screen) without seeing Kevin Spacey ‘the sexual-abuse guy.’ I don’t know how anyone gets over that.”

So far, the only thing that has been released public from Spacey is the statement that caused a lot of controversy, as well as a representative who stated that the actor is currently undergoing treatment:

“Kevin Spacey is taking the time necessary to seek evaluation and treatment. No other information is available at this time.”