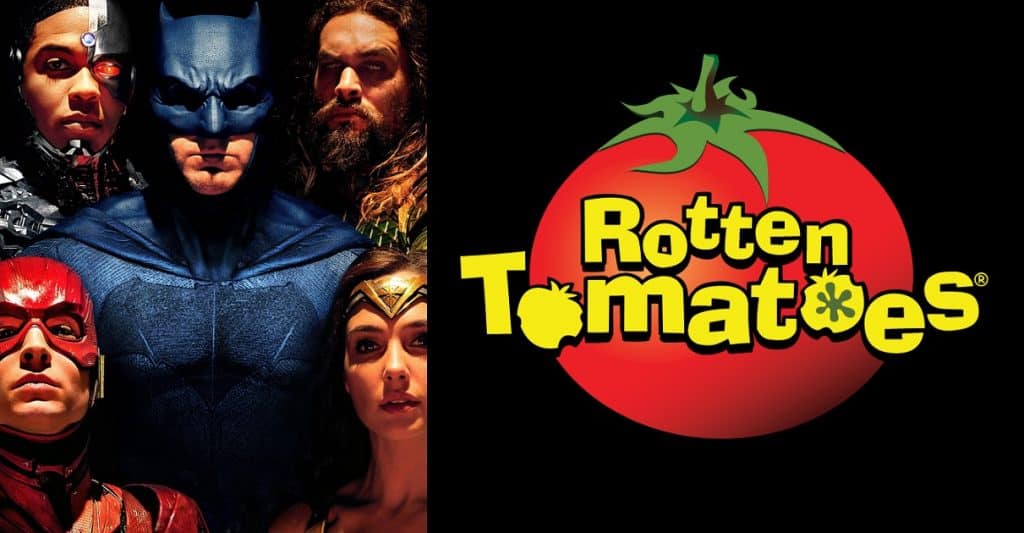 The official Rotten Tomatoes score for Justice League, which was delayed but partially leaked yesterday, isn’t very good. After all the reviews were calculated, the film currently sits at a 40% on the aggregator website. It has 81 “rotten” reviews and 55 “fresh” reviews.

It’s not as low as Batman v Superman: Dawn of Justice or Suicide Squad, but it’s definitely not anywhere close to Wonder Woman or Man of Steel, even. I’ll personally admit, though, that a lot of the negative reviews don’t really focus on the film itself, but rather on bashing it on a personal level.

Here are some of the positive reviews:

Screen Rant: Justice League successfully ushers in a new era for DC Films and delivers lots of superhero fun – at the expense of a richer and more layered movie.

Punch Drunk Critics: …imperfect but another clear step towards the DC Universe taking its rightful place as Marvel’s equal.

The Straights Times: Gone is the semi-pornographic depiction of muscles and male angst, and also missing is the grey-on-grey colour scheme.

Washington Post: Miller’s weird, antiheroic Flash is one of the most refreshing breezes to blow through Justice League, making three years seem a long time to wait for the character’s 2020 stand-alone film.

Reeling Reviews: while it offers little new story-wise…and suffers from the same, sludgy CGI battles that marred the end of “Wonder Woman,” it’s better than the film it picks up from and two of its three new characters are a lot of fun.

CraveOnline: It’s always engaging, and whatever inconsistencies it has – and it has many – they’re all connected through fine character work and a meaningful, unifying theme.

Salt Lake Tribune: The core team is good, with Affleck, Momoa and the newcomer Fisher putting in solid efforts. But… Gadot’s portrayal of Wonder Woman — robust, athletic and kind-hearted — saves the day and makes Justice League a team worth following.

And some of the not so good ones:

Original Cin: The biggest sin a movie like this can commit is being boring. And bottom line: Justice League is seriously ho-hum, offering negligible thrills and some screamingly ridiculous plot twists.

Polygon: There are good, cute and funny moments that the editing team should be applauded for, but there aren’t enough to distract from the beautiful, chaotic mess that Justice League ends up being.

Vox: Watching Warner Bros. pump out superhero flick after superhero flick over the past four years has felt a little like watching your favorite Olympic figure skater with plenty of star potential flub one triple axel after another.

Associated Press: Although marginally better than Batman v Superman and Suicide Squad, director Zack Snyder’s latest is still a profound mess of maudlin muscles, incoherent action and jaw-droppingly awful CGI. It is big, loud, awful to look at and oh-so-dumb.

The Atlantic: Justice League feels like a pilot episode — it’s half-formed, overstuffed, and narratively a chore — but at least its gotten all those annoying introductions out of the way. And it only took five movies to get there.

AV Club: The “new and improved” model looks claustrophobically like an over-priced TV pilot, and not in a good way. Say what you want about the tenets of brooding, art-school-fascist superhero worship, but at least it’s an ethos.

So as you can see, it’s a pretty mixed set of reviews. The people who went into the movie wanting to hate it, probably hated it. If you’re a fan of the rest of the DC movies that have been released, there’s probably no reason to think you won’t like this one.

Are you planning on seeing the film? Do the negative reviews bother you? Be sure to tell us your thoughts on Rotten Tomatoes and DC Films in the comments!