The Rotten Tomatoes score of Justice League was supposed to be revealed tonight, right after Midnight, but someone managed to spot the score while using the Flixster app. Fast Company took a screenshot of the score: 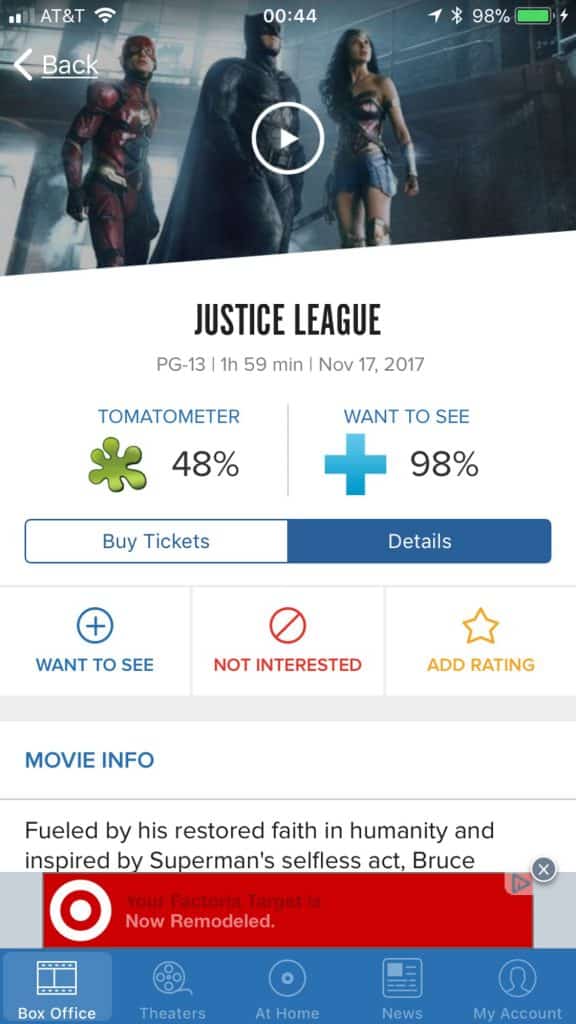 It’s in line with what the reviews for the film were saying, though it’s probably a bit harsh considering Batman v Superman: Dawn of Justice had a pretty low rating (29% I believe). It’s said to be better than that film, but not better than Wonder Woman.

Charlies Roven, one of the DC Films producers, recently said that the movie is about 80% Zack Snyder’s:

He then went on to explain that Snyder wanted to make a movie that was more fun: