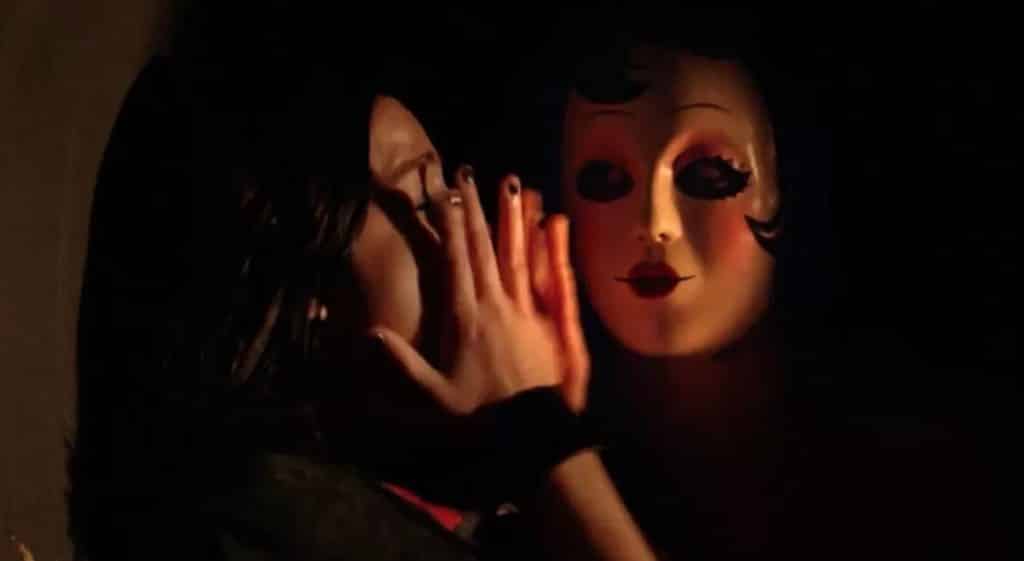 I think we’re alone now… After what seems like forever in development hell, The Strangers is finally getting a sequel from 47 Meters Down director Johannes Roberts, titled Strangers: Prey at Night. And it looks like a blast. With a fantastic use of colors, cinematography, and the now-iconic Strangers, it feels more like a renaissance for the potential franchise as opposed to a tired sequel like many would expect.

While the first film was directed by Bryan Bertino, this movie looks like it takes the action and possibly violence to the next level. In fact, it looks like this movie might even lead into more sequels featuring the Strangers, giving us a new age slasher franchise with endless possibilities.

If you don’t think the trailer promises some great fun for slasher fans, just listen to the trailer’s use of the song “I Think We’re Alone Now.” The clever use of the song has shades of You’re Next, another great modern slasher flick. And much like that film, I think this is going to be regarded as a great success by fans of both the original Strangers and the slasher genre in general.

Roberts revealed his inspiration for the film:

“I mean, I always bring a lot of John Carpenter with me because that’s what I grew up on, but also maybe going back a bit earlier to the seventies movies, from Don’t Look Now to Duel, the Spielberg movie, even Christine a bit, the John Carpenter movie. All of these influences are finding their way into the movie, but I think it’s going to be a real fantastic movie. I’m super excited about it.”

“A family’s road trip takes a dangerous turn when they arrive at a secluded mobile home park to stay with some relatives and find it mysteriously deserted. Under the cover of darkness, three masked psychopaths pay them a visit to test the family’s every limit as they struggle to survive.”

What did you think of the trailer for The Strangers: Prey at Night? Let us know in the comments section down below!

Continue Reading
You may also like...
Related Topics:Horror, Strangers: Prey at Night

Deadpool 2 Trailer May Have Confirmed A Shocking Marvel Villain
‘Are You Afraid of the Dark?’ Movie Coming From ‘IT’ Writer
Advertisement
Advertisement
To Top