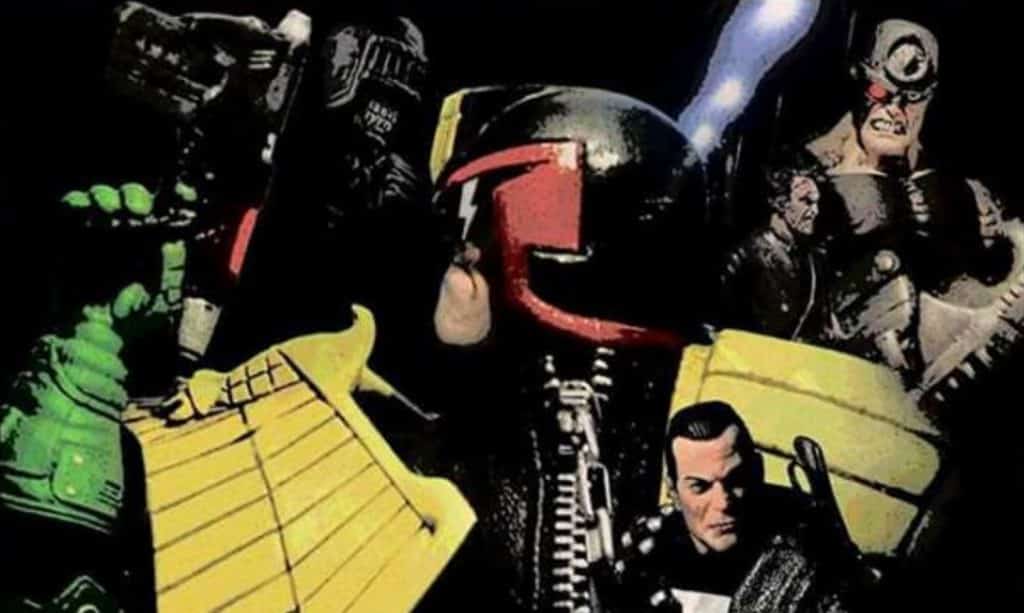 Two anti-heroes fans have wanted to see go head to head for sometime now would have to be Marvel’s The Punisher and 2000 AD’s Judge Dredd. Obviously, we probably won’t ever get an official Punisher vs. Judge Dredd film, but we will be getting a new fan movie!

Isn’t it just always the way? You sit and wait eight years for new Punisher material to come along, and then two projects go and turn up at the same time. The eagerly anticipated Netflix series starring Jon Bernthal is finally on Netflix, but it isn’t the only new footage that will be landing on our screens that features the legendary Marvel vigilante.

Also arriving online is the debut trailer for a fan-made, stop motion short film featuring the never-ending crusade of the warring vigilante, titled “Gridlock.” And as if more Punisher in your lives wasn’t reward enough on its own, the new animated film will see Frank Castle being joined by another brutal anti-hero, Mega City One‘s Judge Joseph Dredd.

“Amidst the chaos of an illegal arms deal, two veterans caught in the crossfire face their own personal brands of justice: Judge Dredd ,The Law, VS Frank Castle, The Punisher.”

If the prospect of these two heavyweight comic-book titans colliding with one another sets your pulse racing (which it should), you can check out the debut trailer below:

The movie is animated/directed by CC Scorsese, and produced/written by Martin Lis. In addition to showcasing some of the finest Punisher and Dredd figurines that money can buy, the makers have also managed to attract a whole host of brilliant voiceover talent.

Cal O’Malley as Judge Dredd
Grey Mind as The Punisher

The movie also features additional animation work by Angry Metal Studios, whose previous credits include the iconic Judge Dredd: Super-fiend, and Punisher: Do Not Fall In New York City

Gridlock is due for release in late 2018.