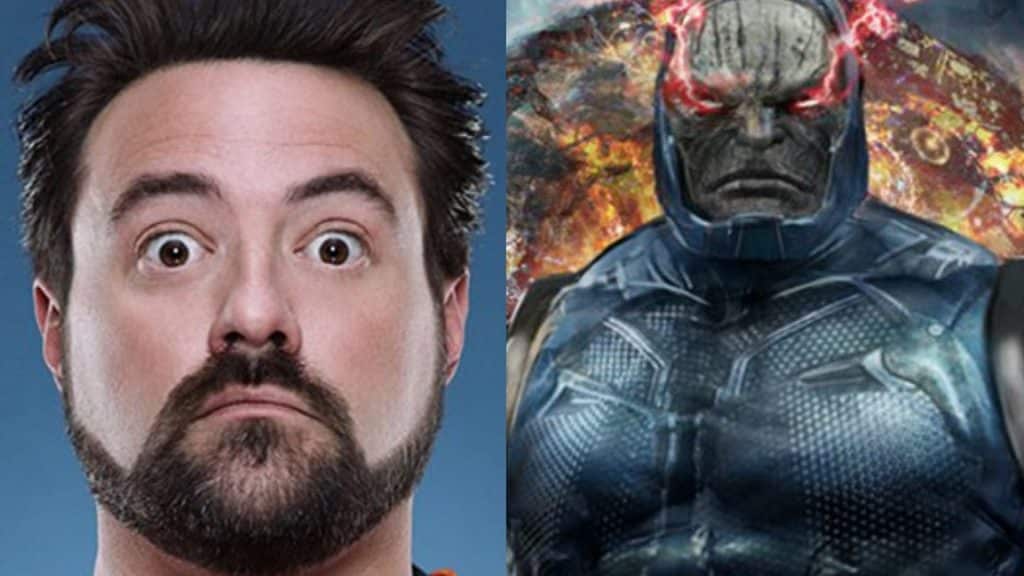 After the release of Justice League was met with negative critical and financial results, fans have been wondering more about what could’ve been done to help the film succeed. Many have wondered what would’ve happened if Zack Snyder’s original vision was kept intact – and thanks to Kevin Smith, we have more of an idea of what that could’ve been.

According to Smith on his official YouTube channel, he managed to explain more about Darkseid’s cut scenes from Justice League which would’ve occurred just after the resurrection of Superman.

While Superman battles with Steppenwolf, he’d be tempted with a vision to join Steppenwolf’s army. This vision is of course the apocalyptic Earth shown in Batman v Superman: Dawn of Justice, dominated by none other than Darkseid himself.

Of course, Superman manages to break free of the vision and stop Steppenwolf. Then we see Steppenwolf get sent to Apokolips where he’s executed by Darkseid. It then sets up a sequel when Darkseid vows to visit Earth and meet “the Kryptonian”.

It certainly would’ve been interesting to see Darkseid, and maybe it would’ve even given the film more depth. Personally, however, it makes sense to me that they’d save him for the sequel. Whether or not the Snyder Director’s Cut with Darkseid’s scenes intact will ever be released is still unknown. Smith voiced his own thoughts about Warner Bros. releasing the film, saying,

“They’d be ridiculous not to [release it]. What’s the worst that could happen?”

I think we can all agree with Smith on this one. There are plenty of fans who would like to see the Director’s Cut, so here’s hoping Warner Bros. makes the right move and actually gives the fans what they want – for once.

Do you wish they would have left Darkseid in Justice League? Are you interested in seeing Zack Snyder’s Justice League Director’s Cut? Be sure to tell us your thoughts in the comments!