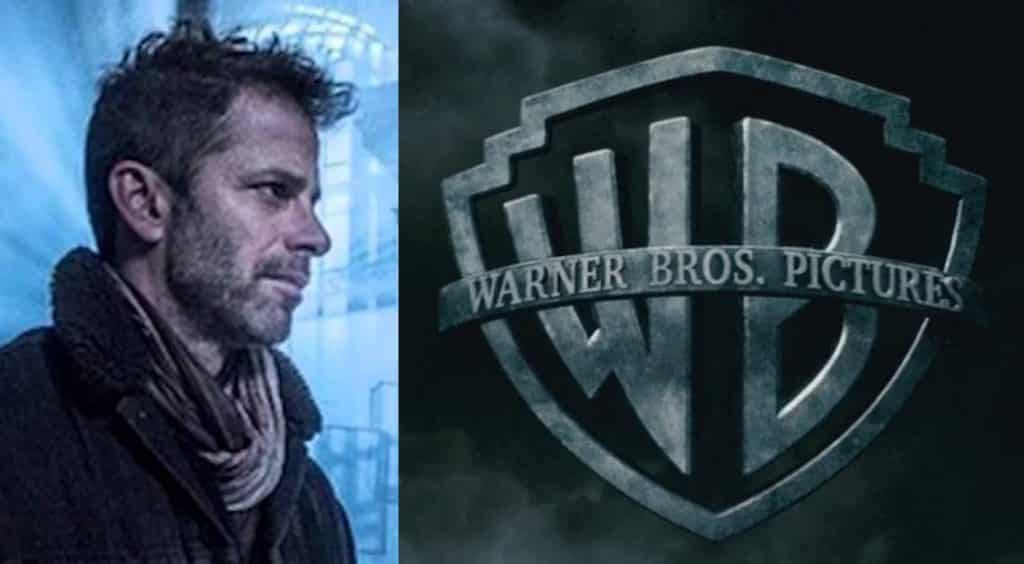 By now, you’ve surely heard that the DCEU’s Justice League has received a rather lukewarm response from fans. It’s a superhero team-up of DC’s finest – essentially their version of The Avengers. However, while Marvel’s heroes were given a stellar reception, DC hasn’t been quite so fortunate.

Many believe that a large part of the problem is studio interference. Warner Bros. notoriously sticks their nose in where it isn’t needed, often drastically changing the outcome of their films (see Batman v Superman: Dawn of Justice and Suicide Squad). And somehow, the continued panning of said films hasn’t taught them to butt out.

One would think they would have learned their lesson after the fantastic response to Zack Snyder’s director’s cut (The Ultimate Edition) of Dawn of Justice. His original vision was a much more cohesive film than the theatrical release. The version sold like hotcakes on blu-ray, proving that WB simply needed to butt out and let Snyder do his job.

Which brings us to Justice League, and its rumored director’s cut. Fans are already clamoring for its release, with a petition of nearly 200,000 signatures still gaining momentum. But the issue here is, does it even exist? Insiders are divided on this point, with some saying yes and others saying no.

The “for” camp has received a bit of a boost from two sources. The first is a photo posted on Twitter by cinematographer Larry Fong. Tge shot shows Snyder working on digital intermediates, which is only done after production is over and editing is complete. Draw your own conclusions: 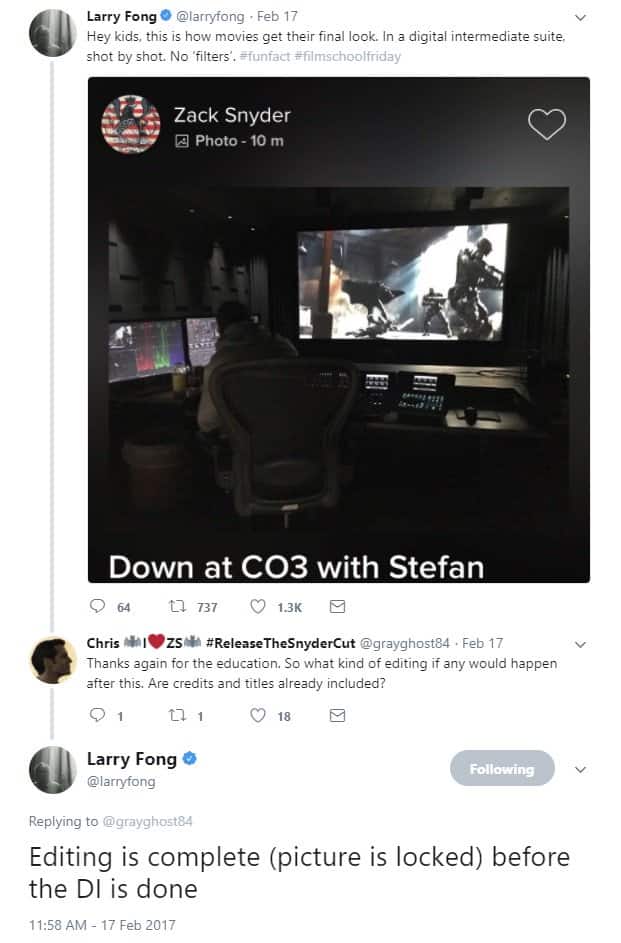 The second piece of evidence is a Reddit post, which claims that an anonymous source knows of not just a rough cut, but a somewhat completed version. This means that at least partial visual effects are done, and it apparently has a largely different soundtrack as well. Here is the full post:

I will preface this post with the following clarification: the moderation team is not in the scoop game. Whether there is good news or bad news afoot, our goal has always been to present the best sources possible when it comes to DC film news and developments. The purpose of this post is to present information that has been gathered through independent research with an emphasis on credibility. Without further ado, here is what has come to light.

There has been a lot of debate over the existence of a viable “Snyder cut” of Justice League. After some digging, I have come across convincing proof that the Snyder cut of Justice League exists in an unfinished but relevant form. This was not simply an assembly cut derived from principal photography, but a rough version that had a lot of finished FX and music. Details concerning the sourcing of this information will be held in total confidence.

There are a lot of emotions and opinions surrounding Justice League. This post and its contents are not meant to address any of them. I am only writing this to affirm that there is a director’s cut of the film that exists in an unfinished but notable state. Again, we are not ace scoopers or pundits. We are fans serving fans. We do not want your likes, your follows, your retweets, etc. At the end, everything we do has been a voluntary service, as is the case with this find.

For those of you who were satisfied with the theatrical cut of Justice League, we are happy for you and wish you every enjoyment of the film. There are a good number of folks who feel this way judging from the megathread responses. For others who may have felt the delivered version was not what was promised by the universe’s continuity and marketing, you are not alone, and you are supported by the available facts.

There is now a revised version of the petition (originally written by Roberto Mata) to Warner Brothers to complete and release Zack Snyder’s vision and version of Justice League. The latest draft was penned by none other than Dr. Awkward of the Man of Steel Answers podcast, an exemplary fan production that I would recommend to any fan of Man of Steel. The revised petition comes from a place of both passion and respect. Dr. Awkward has made the sobering point that any serious bid for the release of a Snyder cut of Justice League cannot be mixed with antagonistic or punitive rhetoric that would frame any concession as an admission of wrongdoing by the studio. Regardless of your position on the matter, it is a good read.

There are no guarantees that the existence of a rough director’s cut of Justice League means that anyone outside of the studio system will ever see it. The fan petition also offers no certainties, but it is a constructive and earnest outlet for those who share its sentiments. We hope that this information serves you well, wherever you may stand in these matters.

While we’re unable to verify the source of this information, it’s certainly very interesting for those hoping to see Snyder’s original vision.

Are you in the director’s cut camp? Or did you enjoy Justice League the way it was released? Tell us in the comments!