As Star Wars fans know, series creator George Lucas wrote a treatment for a new Star Wars trilogy prior to Disney acquiring the franchise in 2013. Ultimately, director JJ Abrams scraped Lucas’ ideas and went on to make Star Wars: The Force Awakens as we know it today. While George Lucas’ vision has a zero percent chance of hitting theaters these days, a new book The Art of Star Wars: The Last Jedi provides a glimpse into what might have been if the Mouse House had let him have his way.

The idea Lucas had involved Luke Skywalker (30 years after Return of the Jedi and following some unknown tragedy) secluded himself at a Jedi temple on a planet not yet seen in the Star Wars universe. When a young force sensitive woman named Kira came to the planet, he would begin to train her and rethink his place in the universe.

“This was a very early take on Luke’s temple, way back when there was still no director. This artwork was shown to George Lucas in a presentation. Doug [Chiang] came back and said, “Congratulations, James. You got a George “Fabulouso” stamp.” VFX art director James Clyne recalls.

Adds Lucasfilm executive creative director Doug Chiang, “After working with George on the prequels for seven years, I knew in some ways how to anticipate what forms he would like – which is really good, because he still likes those forms. So for the Jedi temple, he loved that bell shape. It’s reminiscent of some of the imagery that [original Star Wars trilogy concept artist] Ralph McQuarrie painted way back.”

While we still don’t know much about Lucas’ vision beyond that bare bones elevator pitch, what we do know sounds very similar to the plot of Star Wars: The Last Jedi. Imagine how different the new trilogy would be if it had began with Rey finding Luke instead of that event being the cliffhanger ending to Episode VII. 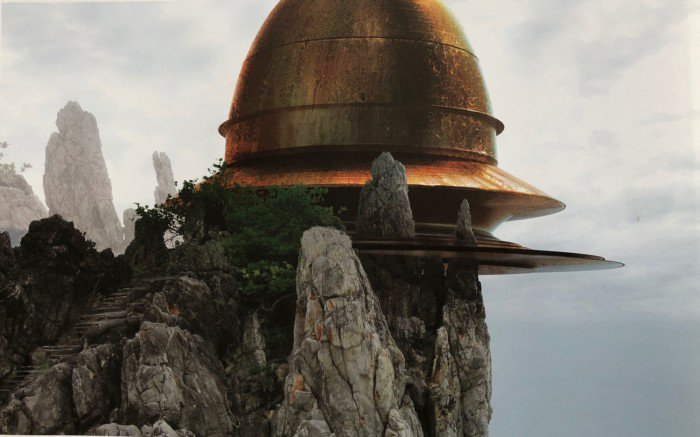 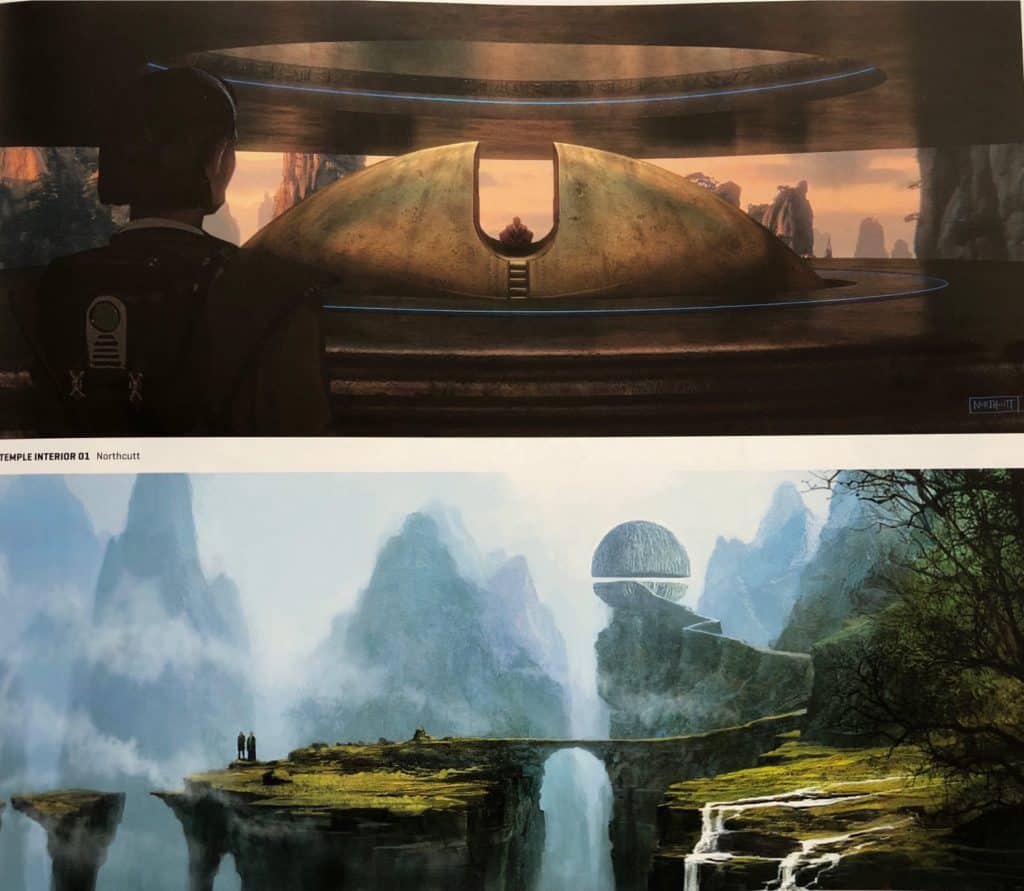 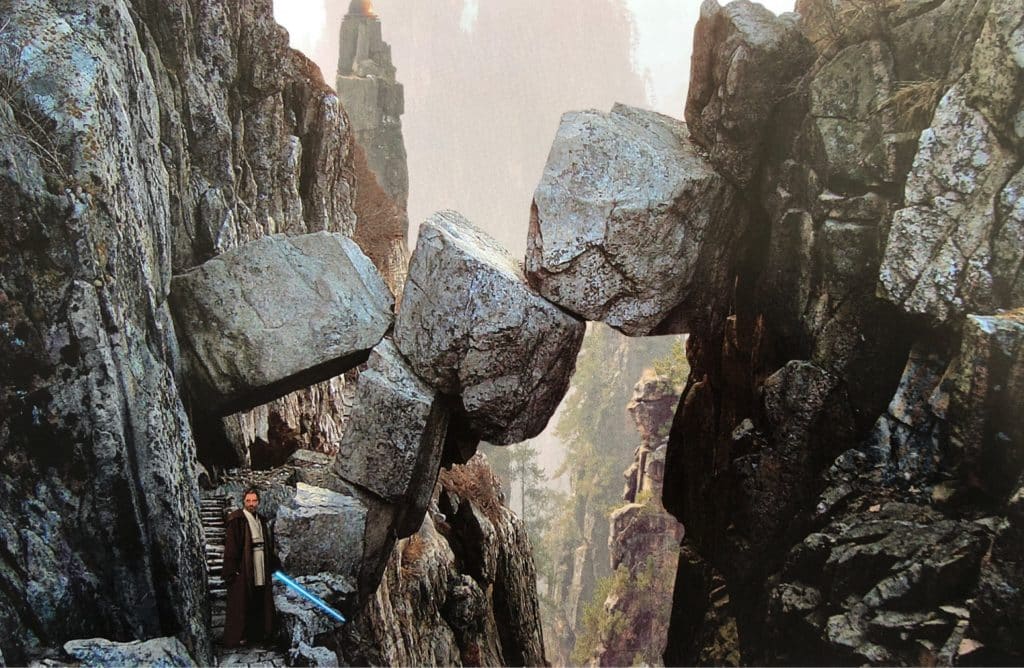 The concept art shows Luke meditating in the temple while the young woman watched. Another picture shows Luke standing by a toppled stone structure lightsaber in hand. A third shows the two in front of a waterfall. I suppose you’ll have to buy the book to find out more.

For what it’s worth, Lucas is said to have enjoyed The Last Jedi, to the dismay of some very angry fans of the iconic franchise currently raging in comment sections everywhere.

What do you think of this concept art? Were you a fan of Star Wars: The Last Jedi? Be sure to let us know all of your thoughts in the comments!