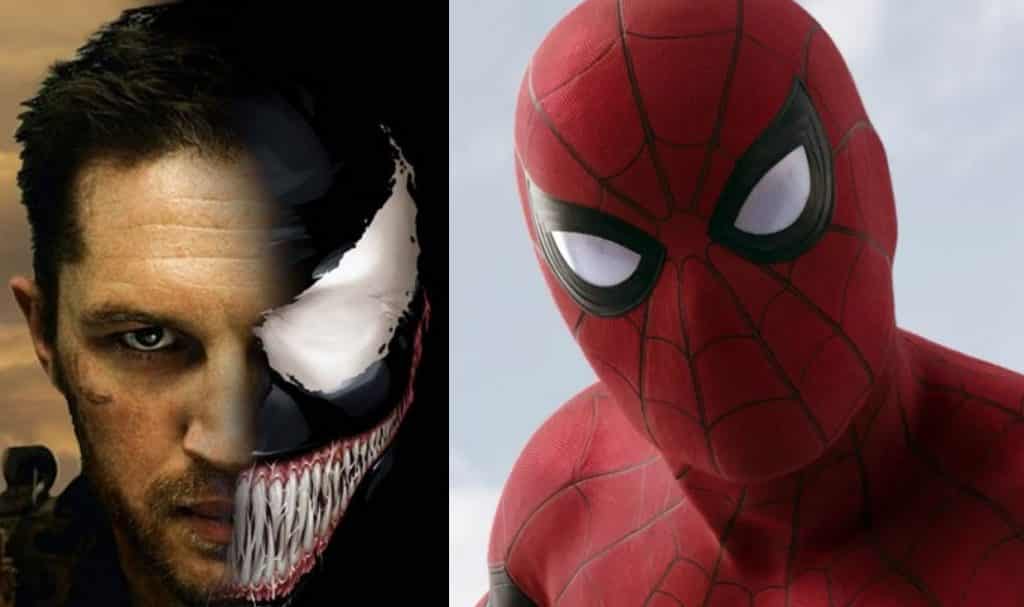 While some fans are intrigued by the upcoming Venom movie starring Tom Hardy, others have been annoyed by its lack of officially being in the Marvel Cinematic Universe. Kevin Feige and Sony’s Amy Pascal gave conflicting statement’s back in June about the movie’s involvement with the MCU, before Feige ultimately said:

Matthew Tolmach, a producer on Venom, was recently asked by MTV about the film and more specifically Spider-Man, and while essentially non-committal, Tolmach said:

He did have some good things to say about the film itself, though:

“Eddie Brock is an incredible character and a gritty, real, authentic, funny but also embittered character and a truth-teller who has made mistakes. You know, Tom… it’s like a master class watching him act every day and he’s such a risk taker and he loved this character.”

“From the day that we first met with him, my partner Avi Arad and I… we found someone who just believed in this character entirely and yet every day pushes it to a place that us mere mortals would never expect it go. He just has crazy integrity about it and so he challenges everything we’re doing in the most brilliant way. For him, it’s like, ‘if I’m going to do this, I’m going to do it and give it it’s due.’ Because the love that the fans have for that character is profound and he shares it. So, it’s really exciting.”

I have my doubts that the movie will be set in the MCU, but hey, who knows? If it’s as good as Deadpool was, maybe Marvel Studios will just include it for the hell of it? With the studio now reportedly being open to R-Rated movies following the FOX acquisition, maybe it could happen. It’s hard to imagine a Venom franchise without Spider-Man, but we’ll see what happens.

Are you excited for Venom? Be sure to tell us your thoughts in the comments!