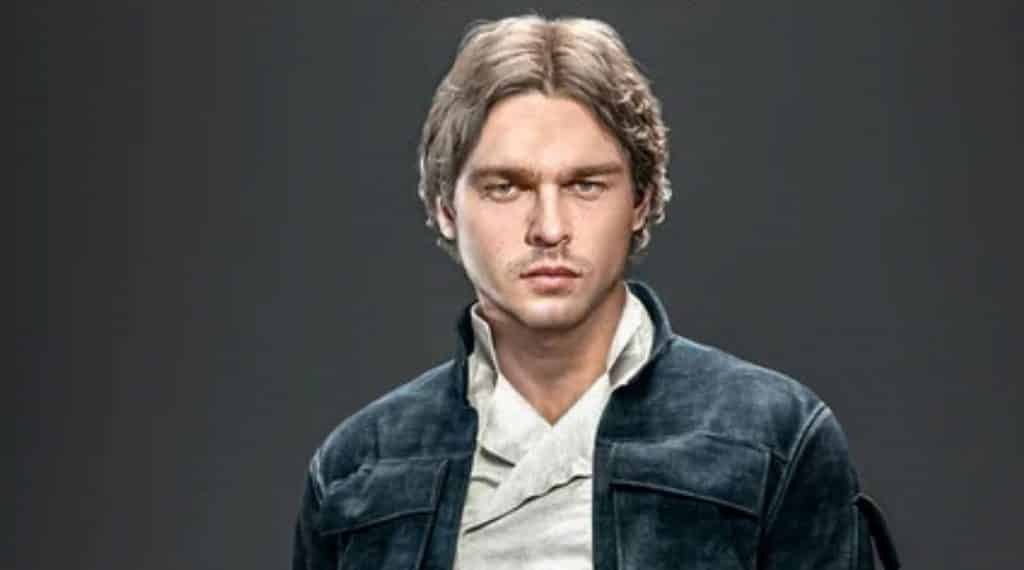 There hasn’t been really any kind of promotional material for Disney’s upcoming Han Solo movie, Solo: A Star Wars Story, due to problems behind the scenes. The original directors were fired, and Ron Howard was brought in to finish the movie. Disney is also apparently worried about the film, and the fact that we haven’t seen anything when the movie is out in May is definitely cause for pause – especially for a Star Wars movie.

There is now, however, an alleged description of the trailer we’re supposedly getting very soon, which reads:

Not much, but here’s a rundown of what l caught a glimpse of. There’s more obviously but this was the big stuff.

Close up of Han’s dice

There’s like one shot of Woody’s character, but it was in a dark alley area and he looked paranoid

Han doing his “Yehoo!” yell and the Falcon going through light speed

Chewbacca roaring and running next to Han

Somebody says “it’s not worth the risk”, pretty sure Lando says it

Didn’t see much of GoT chick’s character. There’s a “This Summer” title card that shows right after a glimpse of a handful of stormtroopers walking down an alley.

While this might not be the case, it doesn’t sound like it will be a very long trailer – if it is the case. As far as when we’ll get the trailer, here’s what we know:

What do you think? Are you excited for the Han Solo movie? Be sure to tell us your thoughts in the comment section!